No Longer On a Pedestal, California Columbus Statue Gets Closeted 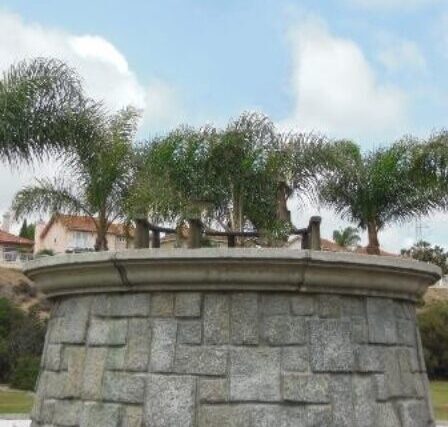 Despite the fact a statue can be cloistered, systemic historical racism cannot.

For example, although the Christopher Columbus Memorial at the so-called Discovery Park, located on traditional Kumeyaay land in Chula Vista, offers a false impression of history to visitors, TripAdvisor members give the site a 5-out-of-5 rating.

One member, Arktosjewel, noted, “Imagine my delight upon viewing school children's artwork depicting Columbus's arrival into the Americas as well as a bronze statue of Columbus shipped all the way from Spain! This is a treasure for anyone interested in history.”

Throughout the United States, memorials of Christopher Columbus and other heroes of American historical fiction are increasingly at risk of torture, dismemberment, burning, and drowning by protesters.

The Chula Vista statue of the man, whose misguided voyage ended in the ravaging of lands and people Indigenous to the Caribbean, is no exception. It had twice been vandalized by red paint in 2019. Therefore, on June 12th, the day of a scheduled protest, Chula Vista City officials decided to closet the statue. 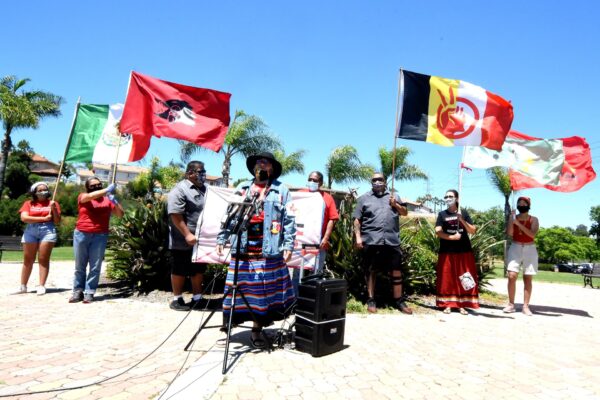 “I have no idea who vandalized the statue; we had nothing to do with it, so we don’t speak about that,” said Armando Abundis, an organizer for the group Unión del Barrio. He further explained, although the vandals are unknown and collective group efforts toward permanent statue removal are progressing through city channels, the statue was hidden just hours before their peaceful protest to demand its removal, renaming of the park, and replacement of Columbus Day with Indigenous People’s Day.

The memorial park was designed to honor the 500th anniversary of the “discovery” of America and includes children's art on tiles that encompass Columbus’ currently unoccupied pedestal. The subject matter implies that as recently as 1992, children were taught false histories regarding Columbus’ egregious acts upon Indigenous peoples of the Caribbean and the subsequent devastation upon Kumeyaay and neighboring tribes by Father Junipero Serra’s Spanish Mission System in California.

Dr. Stanley Rodriguez (Kumeyaay Santa Ysabel Band of the Iipay Nation) Tribal Councilman and Director of Kumeyaay Community College was one of many who gathered at the park, advocating for reality.

“If you want to know the truth, you need to teach the truth… the Chula Vista City Council needs to understand, this is historical information, we are not making this up, and all he (Columbus) brought was disease, slavery, and genocide,” said Dr. Rodriguez. 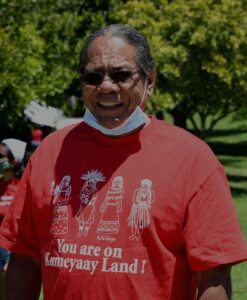 Due to efforts of the Kanap Kuahan Coalition, on February 27, 2020, a resolution was approved by the Chula Vista Human Relations Commission to request removal consideration by the city council, but a public forum to discuss permanent removal is now on hold due to COVID-19 related restrictions.

“We see it as a positive that the statue was taken down and put away, but it’s a struggle to make it a permanent situation,” said Abundis.

As indicated in the council’s June 12, 2020 press release “Columbus Statue Placed in Storage”, a meeting and decision to permanently closet Columbus was put off due to public safety concerns.  It is expected that the item will be brought forward for further public input and consideration, the release notes.

Attempts to obtain comment from the Chula Vista City Manager’s office were unsuccessful; therefore, it is unknown if the council’s concerns for “public safety” were based on the atrocities of the statue’s human counterpart, or if the statue itself had a history of violence. 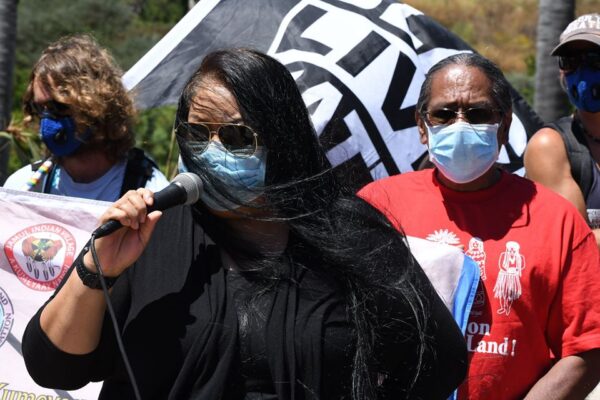 “It was interesting they pulled the statue down right before our meeting,” remarked Dr. Rodriguez, “we are questioning the social conventions, and people in power are scared.”

Dr. Rodrigues explained, long before the COVID crisis, citizens of the twelve Kumeyaay reservations supported the statue’s removal and many of the Kumeyaay administrations wrote letters to the city council regarding the statue and the name of the park.

“We need to change the park’s name to reflect Kumeyaay land and then we want to go after the others like Balboa Park because Balboa was never in San Diego,” said Dr. Rodriguez who also exhibited disdain for Juan Cabrillo, Escondido, and Kit Carson place names.

Dr. Rodriguez exclaimed, “I want the statue to go, it just needs to go, it’s an insult to our people, it’s hegemony, and how else would the ‘Discovery’ Park exist unless we don’t even exist, it dishonors us as human beings.”

Meanwhile, Columbus has left the pedestal. Perhaps his ship has sailed?