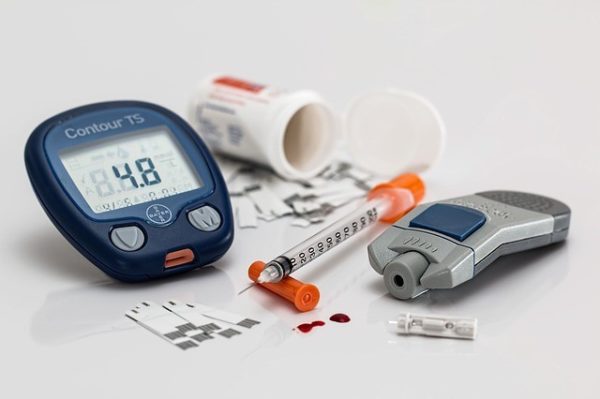 ROCKVILLE, Md. — The prevalence of diagnosed diabetes in American Indian and Alaska Native adults decreased significantly from 2013 to 2017, according to a new study published  in BMJ Open Diabetes Research and Care, a journal published by BMJ in partnership with the American Diabetes Association. 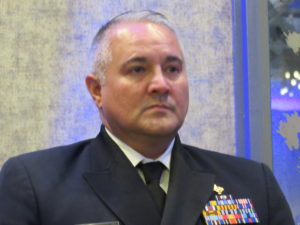 After years of increasing, the percentage of American Indian and Alaska Native adults with diabetes consistently decreased from 15.4% in 2013 to 14.6% in 2017. This represents a 5.2% decrease in prevalence, which is the percentage of people with a condition.

This study documents the first known decrease in diabetes prevalence for American Indian and Alaska Native people. The study was led by Ann Bullock, director of the IHS Division of Diabetes Treatment and Prevention, and included researchers from the CDC Division of Diabetes Translation   and the Department of Epidemiology and Biostatistics at Imperial College London.

Other key findings from this peer-reviewed article based on data from IHS and tribal health facilities include: 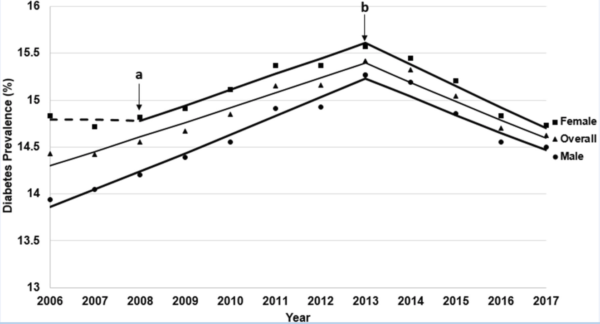 Although it is not possible to determine specific reasons for these decreases, there are many potential contributors, including improvements in type 2 diabetes prevention services by IHS, tribal, and urban Indian health facilities. Key to these efforts is the Special Diabetes Program for Indians, commonly referred to as SDPI, which provides funding for type 2 diabetes prevention and diabetes treatment services to 301 programs in Native communities throughout the United States.

Diabetes prevalence in a population is primarily affected by diabetes diagnoses in a given time period and diabetes-related mortality. The decrease in prevalence seen in this study is especially noteworthy because it occurred at the same time that diabetes-related mortality in Native patients was also decreasing, suggesting the decrease was driven by fewer new cases of diabetes.

While we are encouraged by these positive outcomes, we know that there is still work to be done. The IHS will continue to include type 2 diabetes prevention and diabetes treatment among our highest priorities.

Video: Changing the Course of Diabetes in Indian Country

Donate
Free Newsletter
About The Author
Author: Rear Adm. Michael D. WeahkeeEmail: This email address is being protected from spambots. You need JavaScript enabled to view it.
Breaking News