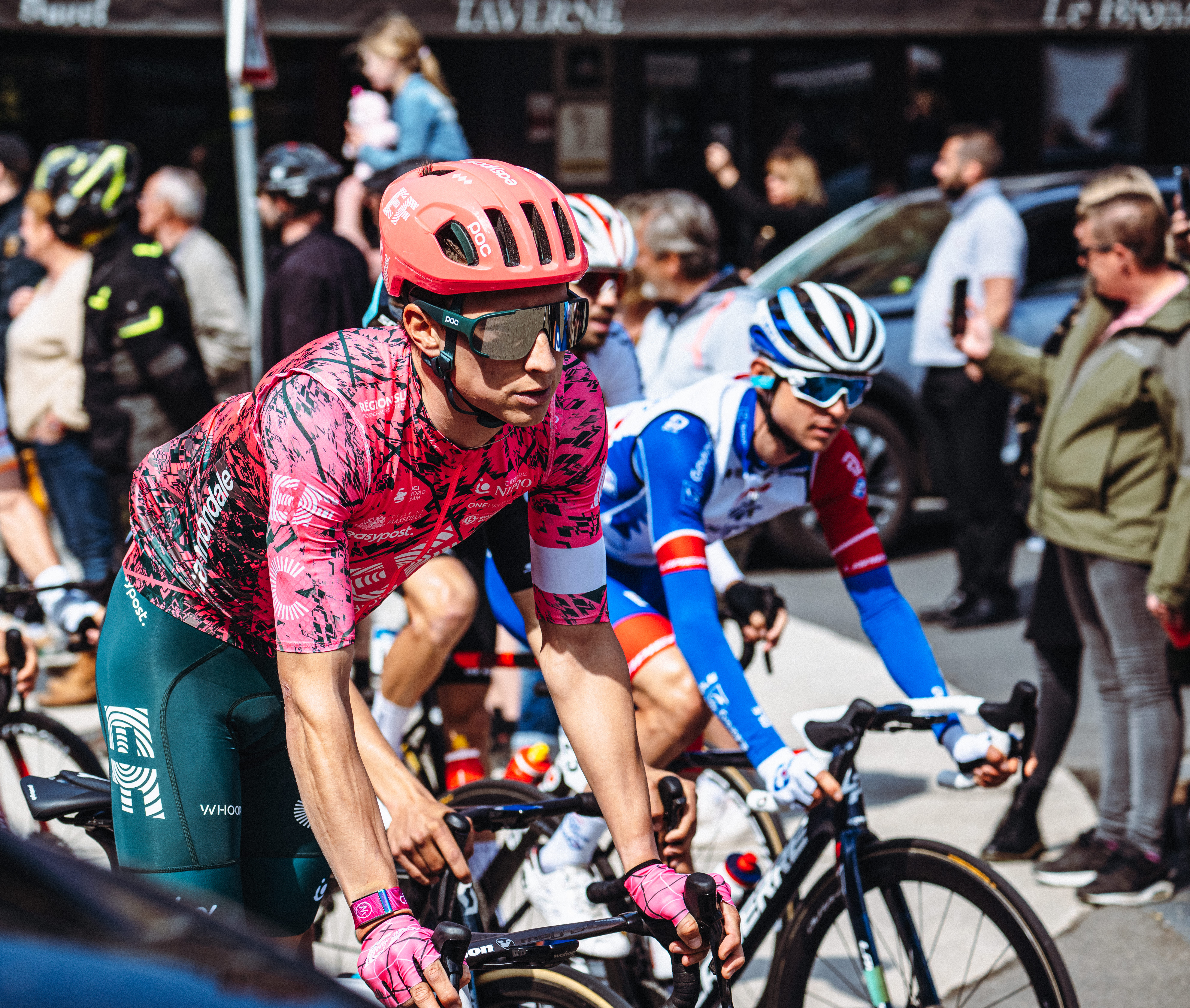 Neilson Powless, Oneida, is now the highest-ranked American in the pro-cycling world rankings, after finishing 4th in the Tour de Suisse on Sunday. It was his career-best at a World Tour stage race.

The Tour de Suisse was held June 12-19 in cycling’s build-up to the Tour de France, in which he will likely race next month. Tour de Suisse is notable for its rigorous climbing and high altitudes in the Swiss Alps.

In 2020, Powless made headlines by becoming the first Native American to ride in the Tour de France.

Powless rides for team EF Education-EasyPost. Since becoming a professional cyclist in 2018, Powless has continued to improve. Last year was his most successful, winning Spain’s most popular single-day race, the Clásica San Sebastián; finishing fifth at the world championships in Belgium; and improving his performance at the Tour de France.

For Powless, endurance sports run in the family. His grandfather, Matthew Powless (Oneida), was a champion boxer and lived at the Stockbridge-Munsee Community in Wisconsin. His father, Jack Powless (Oneida), was a nationally ranked triathlete, and his mother, Jen Powless, is a 1992 Olympic marathoner. His sister, Shayna, also Oneida, is also a professional cyclist for L39ION of Los Angeles.

Powless grew up in Northern California, competing in triathlons. In high school, he shifted his focus to cycling and eventually turned pro. As a renowned climber on the bike, he caught the eye of World Tour teams during the mountain stages of races.

As Powless continues to build his fitness, he and EF Education-EasyPost are pivotal to the growing movement to diversify cycling, with riders representing 19 different countries. Many are from Colombia (Daniel Arroyave; Diego Camargo; Esteban Chaves; Rigoberto Urán) and Ecuador (Jonathan Caicedo), highlighting the prominence of Indigenous professional cyclists from the Andes.

These riders follow in the footsteps of one of professional cycling’s legendary Indigenous riders, Colombia’s Nairo Quintana, whose talents earned him 2nd place in the Tour de France in 2013 and 2015, winning the 2014 Giro d’Italia, 2016 Vuelta a España, and numerous podium finishes.

Still, racial barriers are a problem in the sport.

Last year, a mere five of the 743 riders on the cycling World Tour were Black. The first Black rider in the Tour de France didn’t happen until 2011, more than 100 years after African American cyclist Major Taylor was breaking records there in the late 19th and early 20th centuries. More recently, there was just one Black rider in the Tour de France in 2019 and 2020. In addition to racial barriers, gender and economic status can negatively affect participation in cycling.

Powless’ sister, Shayna (Oneida), and her professional cycling team L39ION of Los Angeles, are working to dissolve these gender and income obstacles. They work hand-in-hand with a non-profit, CYCLE Kids, to bring bicycles to children to promote healthy lifestyles in minority communities.

Shayna told Native News Online, “In the cycling world, Indigenous people are one of the most underrepresented demographics, so the fact that we are among the few that are at the top of our sport is a very special thing that we take great pride in.”