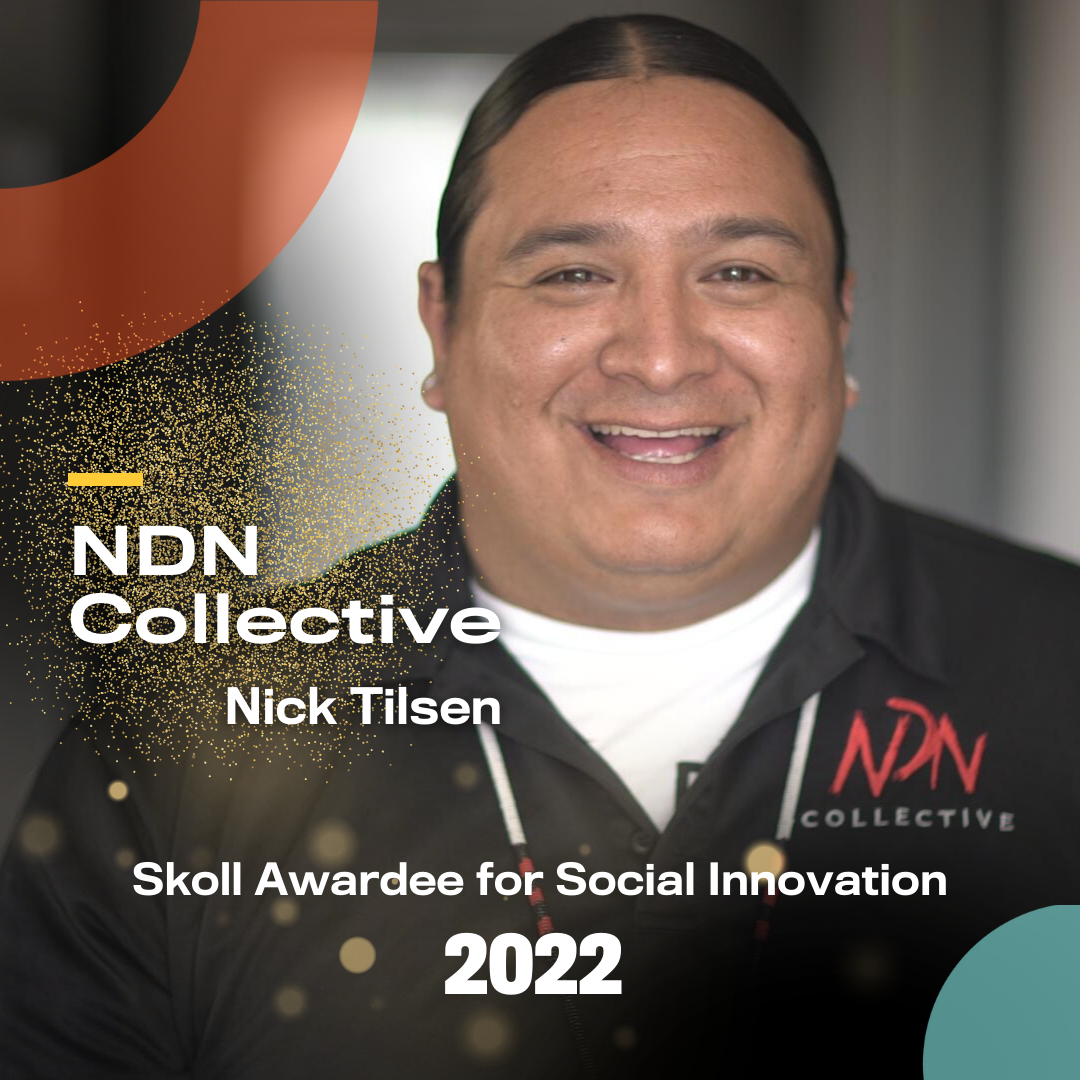 The NDN Collective, an Indigenous-led organization based in Rapid City, S.D., was one of six winners of the 2022 Skoll Award for Social Innovation, announced Apr. 4 by the Skoll Foundation, a private foundation that invests in social entrepreneurs worldwide. This year’s awards went to six organizations working toward stronger health systems, racial justice, climate action, and inclusive economic growth in the U.S., Brazil, India, Bangladesh, and sub-Saharan Africa.

The NDN Collective defines its mission as “defend, develop, and decolonize”: defending against environmentally destructive resource extraction; developing Indigenous communities through “regenerative community development, renewable energy investments, and social enterprise development”; and revitalizing Indigenous culture, languages, and ways of life. “Climate justice is about healing land through bringing its rightful stewards back into power,” it says.

The collective has granted over $28 million to nearly 600 Indigenous-led groups around the world, according to the Skoll Foundation’s announcement.

The six winners will each receive $1.5 million in unrestricted funding, plus $750,000 in flexible support “to make subgrants to key partners and extend capacity in areas like monitoring and evaluation and communications,” the announcement said.

“In the face of growing global challenges, these social innovators have never had a bigger role to play and have never needed more support,” Skoll Foundation CEO Don Gips said in a press release. “Instead of scaling back, they have built bigger and bolder solutions to drive climate action, democracy and civic engagement, innovative health-care models, and the shifting of capital to communities of color.”

The other five award winners are Common Future, an organization connecting community wealth-building institutions in the U.S. with restorative and reparative capital; Financing Alliance for Health, a Kenya-based, African-led partnership and technical advisory fund working to finance community health programs in sub-Saharan Africa; MapBiomas, which uses land-use mapping to protect the environment and fight deforestation in Brazil; Noora Health, which has trained nearly two million caregivers in India and Bangladesh; and NOSSAS, which is building digital mobilization tools to increase civic engagement and activism in Brazil.

The Skoll Foundation, based in Palo Alto, Calif., was founded in 1999 by former eBay president Jeff Skoll.

The awards ceremony was streamed online at skoll.org/live Apr. 6th.