NCAI President Fawn Sharp to Give State of Indian Nations Address on Monday; Rep. Deb Haaland to Give Congressional Response 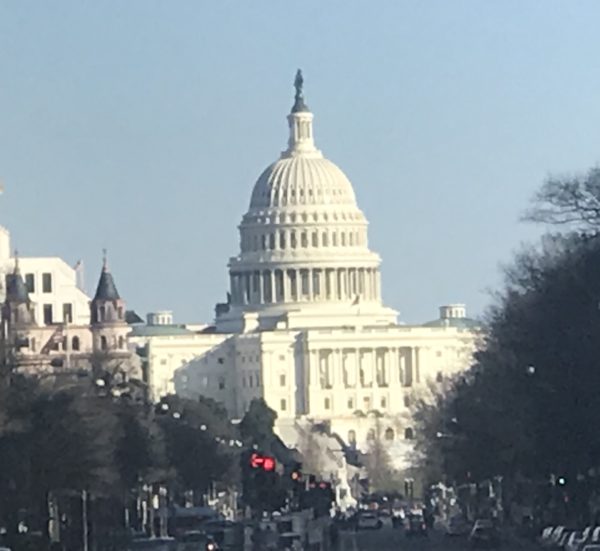 WASHINGTON, D.C. — Preceding the kickoff of the National Congress of American Indians Winter Session in the nation’s capital, the group’s president will present the State of Indian Nations address on Monday, Feb. 10 at the Jack Morton Auditorium at The George Washington University. 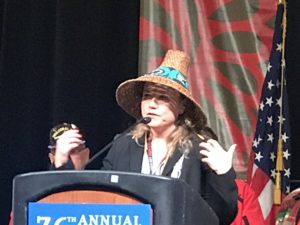 Elected last October to serve as president of the nation’s the oldest, largest and most representative American Indian and Alaska Native tribal government organization in the country, NCAI President Fawn R. Sharp will make her inaugural State of Indian Nations Address.

The annual State of Indian Nations address will be attended by tribal leaders and officials, members of Congress, government employees and the general public.The speech will outline the goals of tribal leaders, the opportunities for success and advancement of Native peoples, and priorities to advance  nation-to-nation relationship with the United States.

President Sharp is the 23rd president of the NCAI and the third woman to hold the position of NCAI president. She currently serves as president of the Quinault Indian Nation in Taholah, Wash.  Known as an effective national speaker, Sharp is a strong advocate of the environmental rights for tribal nations throughout Indian Country. 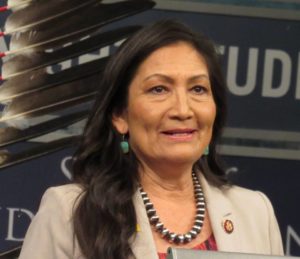 Representative Deb Haaland (D-NM-01) will give the Congressional response address to the State of Indian Nations address. Rep. Haaland is one of the first American Indian women elected to Congress. She is a tribal citizen of the Pueblo of Laguna.

President Sharp's address, and Congressional Response will be broadcast live from the Jack Morton Auditorium.

10:30 am: State of Indian Nations address

CLICK to watch the State of Indian Nations address on Monday morning.