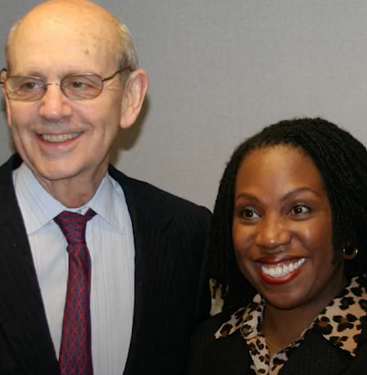 The National Congress of American Indians and the Native American Rights Fund (NARF) released the following statement late Friday after President Joe Biden earlier in the day announced his nomination of U.S. Circuit Court of Appeals for the District of Columbia Judge Ketanji Brown Jackson to become the next U.S. Supreme Court associate justice.

“We, in Indian Country, know how important it is to have diverse perspectives and diverse voices on the bench – especially on the highest court in our country,” NCAI President Fawn Sharp said “We call on the U.S. Senate to fulfill its duties and hold hearings to consider the record of Judge Jackson.”

John Echohawk, executive director of the Native American Rights Fund, offered the following assessment, “We look forward to working with the National Congress of American Indians on Judge Jackson’s nomination.”

President Sharp concluded by noting that, “With the impact that federal courts have on our Tribal Nations, it is critical that any Supreme Court Justice understand, recognize, and uphold principles of tribal sovereignty, treaty rights, and the federal trust responsibility. To that end, NCAI and NARF will continue working together to increase the federal bench’s understanding of federal Indian law across all levels.”