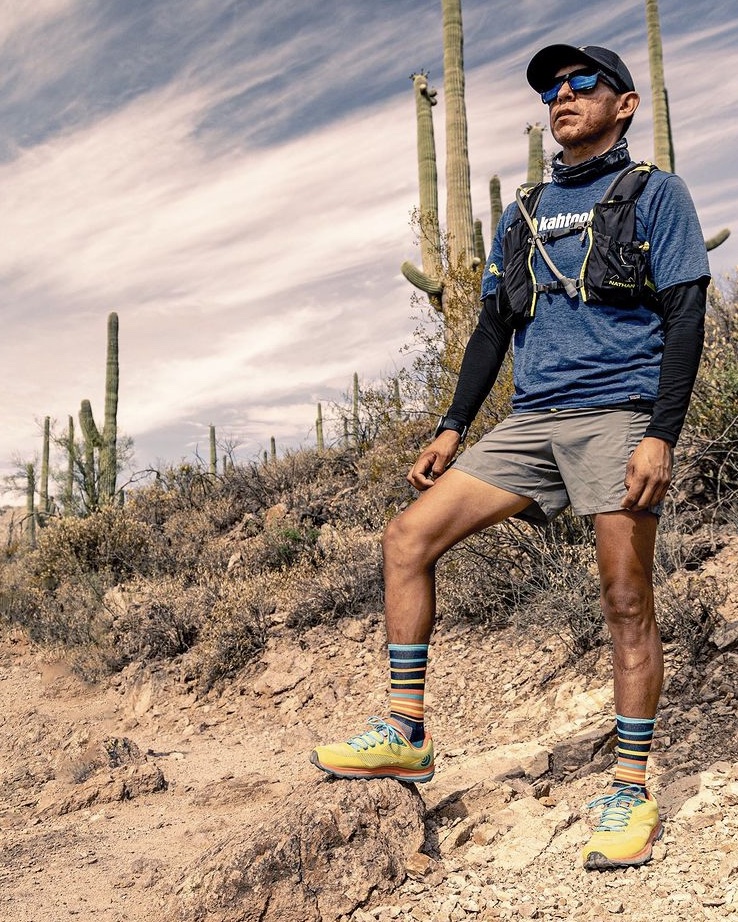 The extreme heat of Badwater is what makes this race uniquely intimidating. Temperatures on race day are expected to reach 119F, while pavement temperatures are known to reach 200F. Stories circulate as to the severity of the pavement, including tales of the soles of the runner’s shoes melting. A few years ago, Death Valley recorded the hottest temperature on earth – an infernal 130F.

“I grew up in a very old-fashioned Native American lifestyle. It’s very tough, very binary. There’s no such thing as trying. It was either you did or didn’t,” Neztsosie told Native News Online. “When you’re ranching, a lot of times you have another life in your hands. Whether it be your horse, dog, or your fellow cowboy, you give 110%. No matter what. Every single time.”

Due to the extreme risks, the race has strict qualifying standards for entry. Runners representing 23 countries will participate in this year’s race. Runners who complete the course within the 48-hour time limit earn the coveted silver belt buckle.

Badwater is one of the world’s most challenging and extreme sporting events, covering 135 miles from Death Valley to Mt. Whitney. The race begins in Death Valley, at the lowest elevation in North America, at 280 feet below sea level, and finishes at Whitney Portal at 8,300 feet above sea level and the base of Mt. Whitney, the highest peak in the lower 48 states. From point to point, runners must traverse three mountain ranges, totaling 14,600 feet of ascent and 6,100 feet of descent. Running at such increased altitudes can result in altitude sickness. Severe altitude sickness can manifest as lung and brain swelling and possible death.

Badwater runners must pay close attention to their feet. The heat of the pavement makes feet prone to blistering. Special precautions in the form of tape, burn gels, insoles, and socks are used as preventative measures.

During the run, Neztsosie plans to stick with the foods his body is accustomed to. “Ranchers don’t eat boujee food. I’m going to stick with something my body already knows, like corn or stew. I like to kind of come up with my own concoctions,” Neztsosie told Native News Online. “I raise my own beef and sheep. I like to make my own beef broth or mutton broth. There’s a lot of collagen as well. It comes from my own land. I like to really be proud of my cattle, my sheep, because it's basically organic on a whole new level.”

“Ranching is my form of cross-training. I’m physically active every single day.” Being so busy ranching, he gets runs in whenever he can. “Sometimes only once a week or twice a week – sometimes nothing at all for three weeks.” At the end of the day, his lifestyle has prepared him well for an event like Badwater.

For more than 1,000 years, the Timbisha Shoshone have lived in Death Valley. Settlers seeking gold in 1849 coined the name “Death Valley.” The Timbisha Shoshone lived in brush homes, where the breeze could penetrate the walls to help cool the homes. They wove baskets intrinsically that could hold water. In addition to gold, silver and borax brought many miners to the area.

Today, the Timbisha Shoshone works with the Death Valley National Park to preserve the land.

The race director, Chris Kostman, delivered a message of land acknowledgment at this year’s pre-racing meeting.

You can follow Neztsosie’s progress over the 135 miles (Bib 88) on Badwater’s webcast.