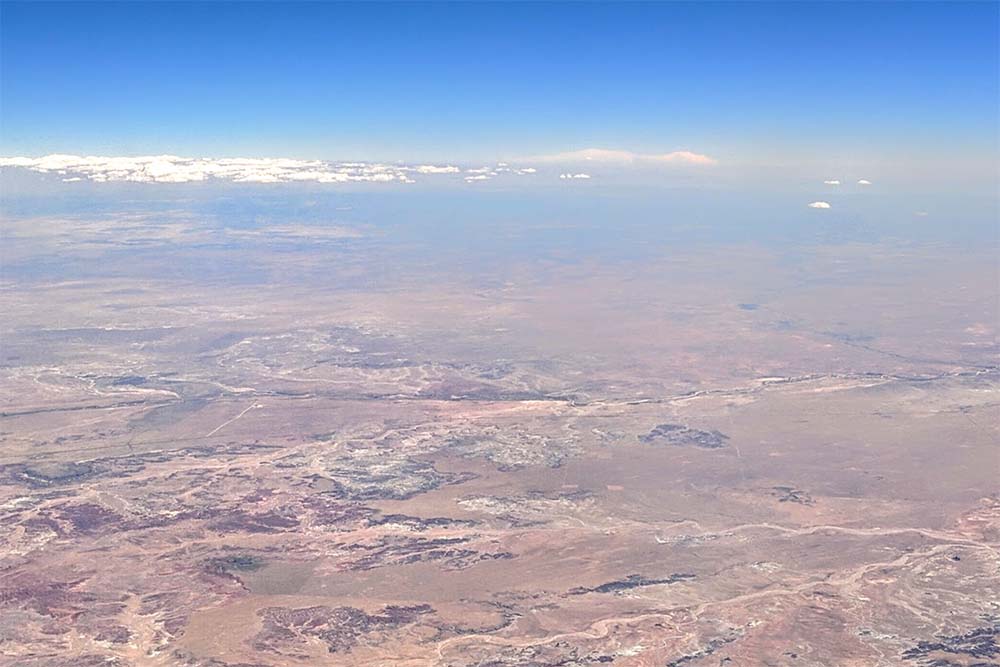 On Saturday, January 22, the Navajo Nation is conducting “Missing Healing Eagle Feather”—Unmanned Aircraft Systems (UAS) flights, more commonly known as drones, on the reservation. The flights are the result of a partnership with MissionGO, a drone manufacturer and operating company based in Baltimore, Maryland, and ZappCare, an all-Native founded mobile medical company based in Gallup, New Mexico. The purpose of the UAS demonstrations are to showcase how drones can deliver critical support for medical care, infrastructure, and other emergency scenarios.

MissionGO is a leading UAS training provider in the U.S. for first responders, teaching them to earn their FAA 107 operating license, the standard commercial operating drone license, says its CEO Scott Plank.

“Our goal as UAS (unmanned aircraft systems) innovators and operators is to explore the many ways UAS can serve communities,” said Chief Executive Officer of MissionGO and MediGO Scott Plank in an email to Native News Online. “There are many scenarios in which it would be advantageous to deliver materials to people via unmanned aircraft instead of by car.”

“Our hope for the future is that unmanned aircraft will become a commonplace solution in communities for improved medical care and wellbeing, infrastructure and emergency services,” said Plank.

Some of the scenarios Plank mentioned were weather-related, such as flooding or a major snowstorm, where travel by vehicle would be more difficult. Other scenarios could be a power outage.

“A power outage somewhere can make navigating difficult while on the road,” said Plank, who did not elaborate on how a power outage impacts driving. “For a particularly far distance to travel, an unmanned aircraft will be more efficient.”

Saturday’s launching of the drone program kicks off what is being called Mission Healing Eagle Feather by ZappCare founder Atlan. It will be the first unmanned aircraft medical delivery flight on the Navajo Nation.

“Our Native American people were hit extremely hard by [COVID-19], specifically the Navajo Nation,” said Atlan in an email to Native News Online. “A team of Doctors and I founded ZappCare in direct response to the pandemic.”

ZappCare’s founders include people from other tribes, including Navajo, Cado, Pauma Band of Luiseno Indians, and Chiricahua Apache said Atlan. Atlan is from Gallup, New Mexico and an enrolled member of the Chiricahua Apache Nation. He says ZappCare was founded to address pressing challenges to health care that many Native American face in the southwest by providing cutting-edge technology.

“ZappCare’s vision is to extend the lives of Native Americans by providing immediate access to safe, equitable, mobile, and digital healthcare solutions, beginning with the Navajo Nation, and then expanding to other Tribal Nations across the country,” Atlan said in an email.

According to ZappCare’s website, the company specializes in innovations and technology development focused on bridging the gap between immediate access to health care and rural Native American Tribes.

Drones and their use in tribal communities is not a common practice, and their uses can be questionable. Because airspace is heavily regulated in the United States and can vary by jurisdiction, the U.S. is behind other countries in drone operation regulations. However, drone use and delivery has been utilized with some success in other countries such as Ireland, according to an article by Forbes.

All data to be collected from operation will be during the drone flights, to monitor the health and performance of the aircraft, says Plank. “When the aircraft flies through the air, we know exactly how many hours are on it, when we need to make replacements or repairs, etc.,” he said.

“Our goals are so that the aircraft will fly safely and securely to communities,” Plank said.