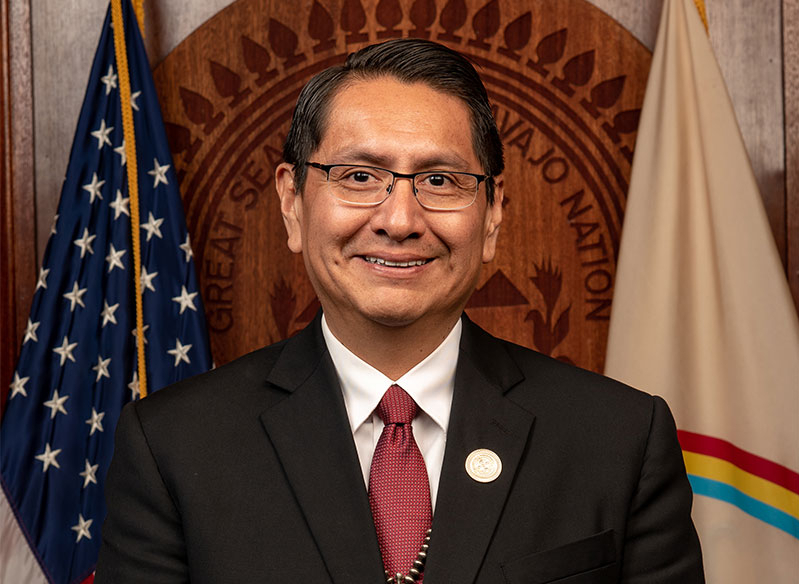 In his last week in office, Navajo Nation President Jonathan Nez will be on this week’s Native Bidaské program on Friday, January 6th at 12 noon - Eastern Time.

Nez, 47, was defeated in his attempt for a second term as president of the Navajo Nation, which sits on the largest Indian reservation in the United States. He will leave office on Tuesday, January 10th.

Nez led the Navajo Nation during the COVID-19 pandemic, a time fraught with challenges for citizens across the reservation. Navajo Nation was the epicenter of the pandemic in Indian Country, with the challenges of the virus worsened by the lack of electricity and drinking water in some Navajo communities.

Nez went to Washington, D.C. to increase funding for some of the most basic needs of his tribe.

Rickert will ask Nez to discuss what he perceives as the accomplishments of his administration and what lies in his future.