With the increase in numbers of active cases, a Public Health Emergency “Stay at Home Order” remains in effect, requiring all residents of the Navajo Nation to remain home and isolated. All non-essential businesses remain closed to prevent further spread of the virus.

“To prevent a massive public health crisis, every person must remain home,” Navajo Nation President Jonathan Nez said.  “The fact is that the number of positive tests is growing. We know some may need food, medicine, or other essential items, but beyond that we shouldn’t have anyone traveling or going out into the public. This includes public gatherings and meetings.”

The Navajo president says several things are taking place in the Nation to contain the spread of the virus. Navajo Nation police are using public address systems to inform Navajo citizens to stay home. Nez said Navajo reservation residents are asked that only one person goes to get items needed at the grocery store, not the entire family.

“We have communicated with leadership of the border towns and to the states around the Navajo Nation that we are discouraging visitors. We recognize our tourism industry helps with revenue coming into the nation and it helps to make a living out there, but now is not the time for people to be traveling,” Nez said during a press conference on Monday afternoon. 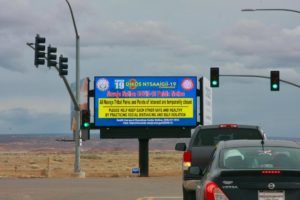 Navajo Nation health officials say the rate of testing has been sped up, with authorized private testing firms providing assistance.

“We are having much better turnaround times with lab testing as it has been moved to Phoenix which has cut the time in half of what it was prior,” said Dr. Loretta Christensen, chief medical officer, for the Indian Health Service (IHS) – Navajo region.

On Friday, the 24th Navajo Nation Council voted 22-0 to approve a $4 million emergency appropriation so that the Navajo Department of Health can fight the spread of the COVID-19 pandemic on the Navajo Nation and deliver much-needed resources and equipment to health care experts and emergency response personnel on the ground. The funding will provide medical supplies, food and water supplies, equipment, public outreach, and more. The measure was signed into law by President Nez a short time later. 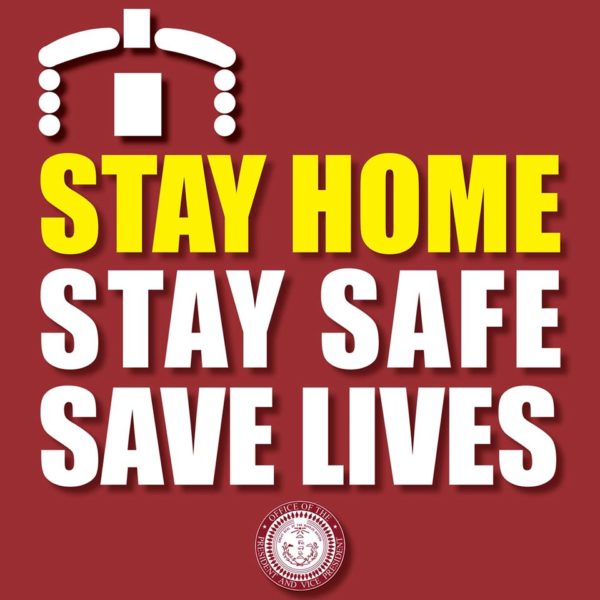 “The four million dollar appropriation will help our first responders, health care experts, and emergency officials to protect our communities, while we continue to seek assistance from federal and state agencies and others. The federal government is not expediting the release of funds that have already been approved by Congress, so our Navajo government is stepping up to help the people most in need of resources and assistance,” President Nez said.

The $4 million is very much needed because none of the $40 million approved by Congress last week for tribes in Indian County has reached the Navajo Nation yet, according to President Nez.