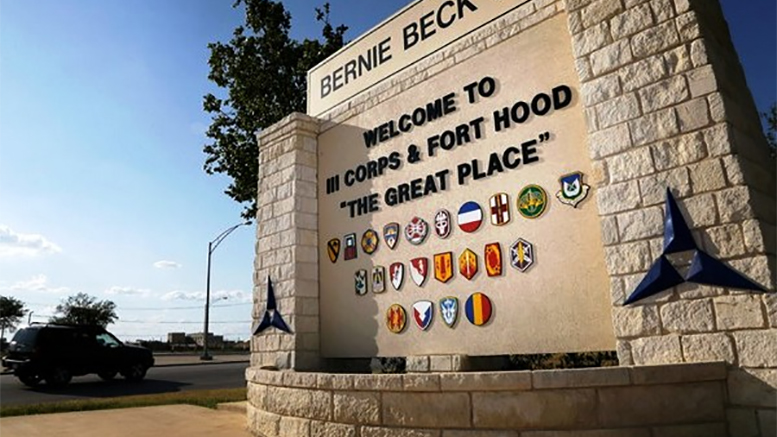 WINDOW ROCK, Ariz. — Seeking answers for the recent deaths of two Navajo citizens at the Fort Hood Army post, Navajo Nation Council Speaker Seth Damon held a teleconference on Tuesday with the acting senior commander of the military base.

Major General John B. Richardson IV updated Navajo leaders about an ongoing effort to investigate incidents at the military base, which include the deaths of Private Carlton L. Chee and Army Specialist Miguel D. Yazzie.

The two Army soldiers died two months apart. The two Navajo soldiers were among 26 other deaths reported on the Fort Hood Army post during 2020. So far this year, Fort Hood has reported eight accidents, five homicides, seven suicides, two illnesses and five deaths that are still under investigation.

“In our discussion with Maj. Gen. Richardson, the Navajo Nation has received the utmost assurance that the deaths of our two Navajo warriors will be investigated thoroughly,” Speaker Seth Damon said.

Richardson told Navajo Nation leaders that an independent autopsy will be conducted and the results shared with Chee’s next of kin.

Richardson stated three investigations will be conducted by both the independent Criminal Investigation Division and the unit’s investigators.

Separate from the internal Army investigations, a Congressional investigation was launched on Tuesday into the high rate of deaths on the military base. On Tuesday afternoon, a joint investigation by the House Armed Services Committee’s Subcommittee on Military Personnel and the House Oversight Committee’s Subcommittee on National Security was launched into the soldier deaths at Fort Hood, which were reported to have reached 28 this year after Pvt. Chee’s passing.

Speaker Damon stressed the importance of maintaining transparency and in keeping the families of both Pvt. Chee and Army Spc. Yazzie updated. Chief of Staff Colonel Kelly Webster said he will make contact with the casualty assistance officers responsible for ensuring the next of kin is kept apprised of the developments of the investigations.

Richardson acknowledged the Navajo Nation’s service rates to the Department of Defense as the highest per capita.

Damon said, “As many as one in four of our graduates enters into one of the branches of the U.S. military.”

“I personally have my brother and two relatives that have served at Fort Hood,” Damon stated, stressing the importance of maintaining the lines of communication between the families of Pvt. Chee and Army Spc. Yazzie, as well as Navajo leadership.

The investigation of Pvt. Yazzie’s death is expected to conclude after a thorough autopsy is completed, Richardson said.