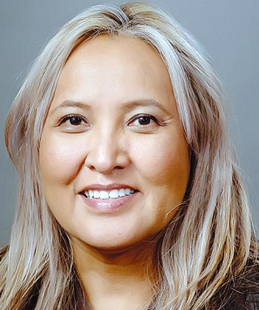 The Navajo Nation Council’s removal of  Kirk came after two days of deliberation totaling 12 hours of discussion. Kirk was appointed as controller in February 2017 by President Russell Begaye. As controller Kirk made $225,014 annually.

“With the American Rescue Plan Act Funds coming, we need to make sure we perform our due diligence in ensuring the people’s money is spent in an ethical manner from the top to the bottom,” Speaker Seth Damon said. “It is unfortunate that we have to make these hard decisions, but the people’s safety is our number one priority.”

The action comes following an investigation by the Navajo Nation Department of Justice of a Coronavirus Aid, Relief and Economic Security Act (CARES) Act Funds contract between the Navajo Nation Office of the Controller and Agile Technologies that revealed Agile was paid over $3 million in advance to provide Covid-19 testing using methods not approved for use on the Navajo Nation.

Additionally, Agile did not report their test results to tribal health authorities, did not provide contact tracing, and failed to protect personal health information with their test samples.

“Through all of this, I have lost confidence in her and I have many reasons in addition to the light Attorney General [Doreen McPaul] has shed on this,” Navajo Nation Council Delegate Pernell Halona said. “She serves at the pleasure of the Navajo Nation Council, and we don’t need to provide any discretion.”

The final vote was 13 in favor and 10 opposed to remove Kirk from her position as the Controller of the Navajo Nation.