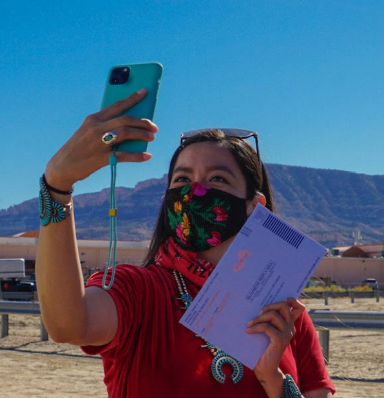 GRAND RAPIDS, Mich. — When Native Americans vote in the 2022 midterm elections, many of their concerns mirror those of other Americans, with some key exceptions driven by their tribal identities.

While jobs and the economy matter to Native Americans, the country’s first people are more concerned with issues such as tribal sovereignty, healthcare, the protection of sacred sites, the environment and tribal water settlements. As a matter of fact, tribal sovereignty is the number one issue important to Native Americans, according to a Native voter survey conducted by Native News Online.

In the survey conducted between September 27 and October 17, respondents said tribal sovereignty and a woman’s right to choose are the two most important issues to them as voters in the midterm elections. The survey received responses from 678 Native News Online readers.

“We at Native News Online want to know what is important to our readers when it comes to elections. Our community is seldom asked by polling groups what matters to them as Native Americans, so we thought we would conduct our own survey,” Levi Rickert (Potawatomi), publisher and editor said.

Rickert says the Native vote is influential in states that have a concentrated core of Native Americans. According to Rickert, these states include: Arizona, New Mexico, Nevada, Wisconsin, and Michigan.

Tribal identity plays an important role when Native Americans consider how to vote. Four of the top 10 important issues to the voter survey dealt with issues that pertain to tribal identity, such as tribal sovereignty, protection of sacred sites, tribal water settlement, and civil rights.

Besides tribal sovereignty and a women’s right to choose, healthcare, the protection of sacred sites, and the environment round out the top five issues important to Native American voters.

The survey revealed that Native Americans are paying attention to the current political climate in the United States. Of the respondents, 91 percent answered yes to a question asked: “Do you think American democracy is under threat?” 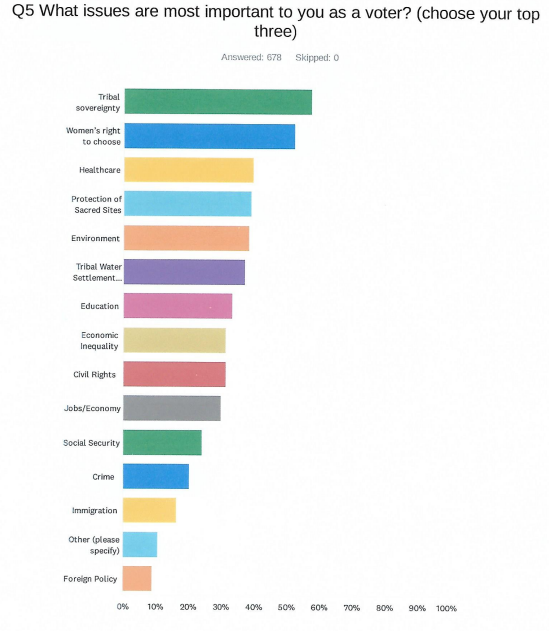 When asked if they think their votes matter, 84 percent of respondents answered yes with 16 percent saying no.

When the survey was analyzed by party affiliation,  those who identified as Republicans answered the survey differently than others. The five most important issues to Native Republicans are: jobs/economy, tribal sovereignty, immigration, protection of sacred sites, and education.

Most of the respondents to the survey live away from an Indian reservation, which is very consistent with the U.S. Census’ analysis of where Native Americans live. In the survey 85 percent of respondents say they live off-reservation either in an urban or rural area.