Native News to Publish its First Book: “Visions for a Better Indian Country”

GRAND RAPIDS, Mich. — Indian Country Media, the parent company of Native News Online, announced that it will publish its first book in 2022, a compilation of opinion columns by award-winning journalist Levi Rickert, who is a citizen of the Prairie Band Potawatomi Nation. 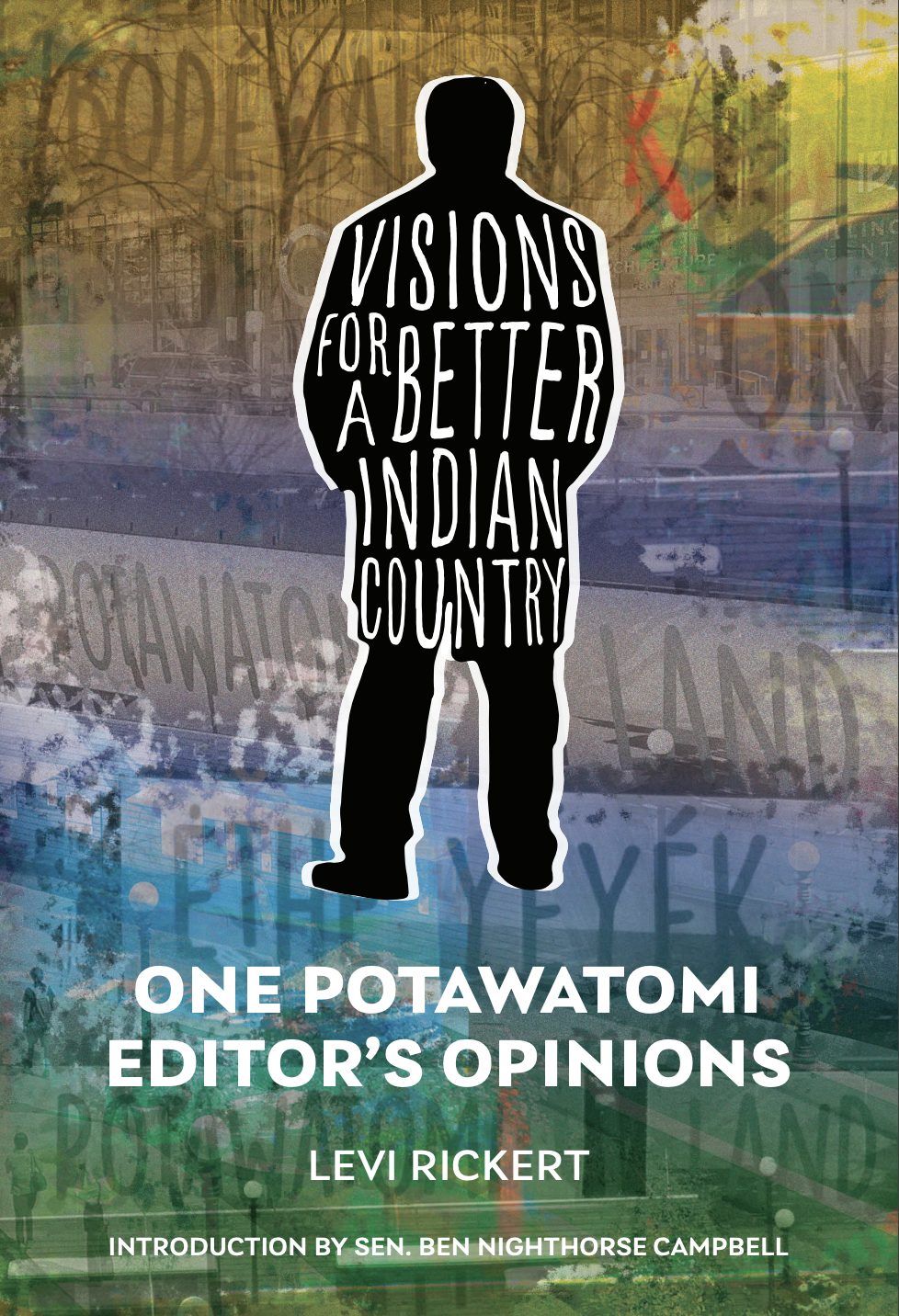 Titled “Visions for a Better Indian Country: One Potawatomi Editor’s Opinions'', the independently published book is scheduled for an April 2022 release. The book will feature nearly 50 of Rickert's columns from the past few years and includes a foreword by Ben Nighthorse Campbell (Northern Cheyenne), the retired U.S. Senator and former House member from Colorado.

The founder and editor of Native News Online, Rickert is well known throughout Indian Country for his weekend opinion columns on topics that make a difference to Native Americans. He was named top columnist in 2021 by the Native American Journalists Association (NAJA).

Writing in a straightforward and accessible style, Rickert brings the voice and perspective of a Native American everyman to topics that matter most to American Indians and Alaska Natives living in contemporary times. Threaded through the new book's opinion columns, which were selected from his work between 2020 and 2022, Rickert shares his personal journey as a Potawatomi man, including the realities he’s faced in modern America as an Indigenous person.

“Since the inception of Native News Online 11 years ago, my goal has always been to offer a Native perspective and focus on what’s important to American Indians and Alaska Natives,” Rickert said. “My opinion columns give me a weekly opportunity to address important stories of the week through a Native lens and, when it's appropriate, put out a call for action in Indian Country.”

The paperback book, which will also be published in a variety of popular digital formats, will be available exclusively to donors and supporters of Native News Online in April and May.

Beginning in June, “Visions for a Better Indian Country” will be available for purchase on the Native News Online website and via other online and indepedent booksellers.