GRAND RAPIDS, Mich. — Native News Online announced today that Valerie Vande Panne, who refers to herself as a mixed-race woman and a descendant of several Southwest tribes, has been named its managing editor. Vande Panne previously served as editor-in-chief of Metro Times in Detroit, Mich. 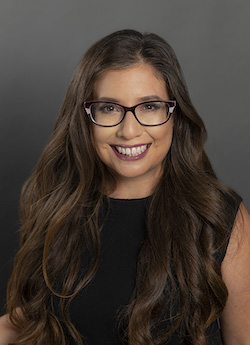 A longtime journalist, Vande Panne most recently worked as a reporter at WGCU, an NPR member station in Southwest Florida, where she contributed environmental stories to Florida Public Radio Network and the Florida Climate Change Reporting Network.

In addition, since August 2020, she has been a contributor to Native News Online writing feature stories, including Reflecting on the Maine-Wabanaki Child Welfare Truth and Reconciliation Commission Five Years Later, which examined Maine’s child welfare system and healing from historical trauma in tribal communities.

Vande Panne has been a stringer for The New York Times and Reuters. During her career, she has contributed to Columbia Journalism Review, Bloomberg, The Guardian, Politico and Salon. She is also a former news editor of High Times magazine.

“Valerie comes to Native News Online with a strong journalism background, but what impressed me about her is she organized sending a truck load of water and other needed supplies to the Navajo Nation last year during the Covid-19 pandemic, which demonstrates her commitment to Indian Country that goes beyond her writing,” Levi Rickert (Prairie Band Potawatomi Nation), founder and publisher. “We’re looking forward to Valerie further building our Native-led newsroom as we continue our ongoing coverage of Indian Country and our special project on in-depth Indian boarding school coverage.”

"Native News Online is a humble leader covering Indian Country, and it is an honor to be part of the team and a privilege to have the responsibility of managing editor. I am grateful for the opportunity, and to the many in our communities who make our work possible," Vande Panne said.