Native News Online Asks: What would you have given the Pope? 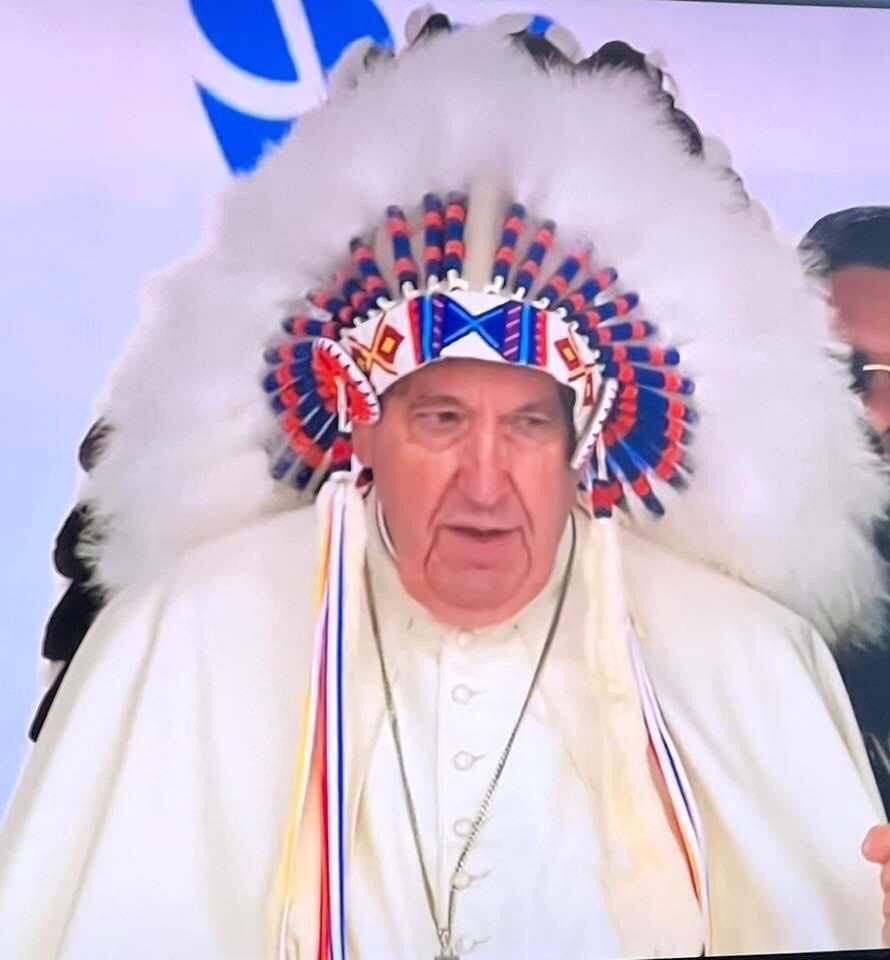 Last week on our Native News Online social media, we asked our followers “What would you have given the Pope?” This comes after many in Indian Country have expressed disapproval of Pope Francis receiving a headdress during ‘Pilgrimage of Penance’.

Here are some of the responses:

“A reparations bill that would rock the world.”

“A stoic head nod and lip point to see him on his way!”

“A compilation of stories from survivors and descendants of survivors stories- a list of every school, every priest, every nun that there is, attached to a formal request that those living perpetrators be punished. A list of all victims we possibly know with a formal request for reparations for all living survivors.”

“He should have been given the names of all the children who were missing and died in the Boarding schools. Certainly not a headdress.”

“An appropriate gift for the pope would have been a print of a piece of artwork honoring the victims of colonial genocide, including residential school children. Something with a lot of names. I would have asked him to look at it often, and ask himself what these souls demand of him.”

“A map of church-owned properties that should be returned to First Nations. I recently toured a cathedral and was reminded anew of the vast wealth and land holdings of the Catholic Church.”

“A traditional Native meal. He came to apologize and nothing is owed to him in return.  A meal is traditional so that would have been enough I think.”

“We owe The Pope nothing, his words were scripted and as we know, our teachings say our words come from the heart and the Pope's words were empty and without meaning, no emotion, no tears. He should have never been gifted with any gifts as he still insults our missing children.”