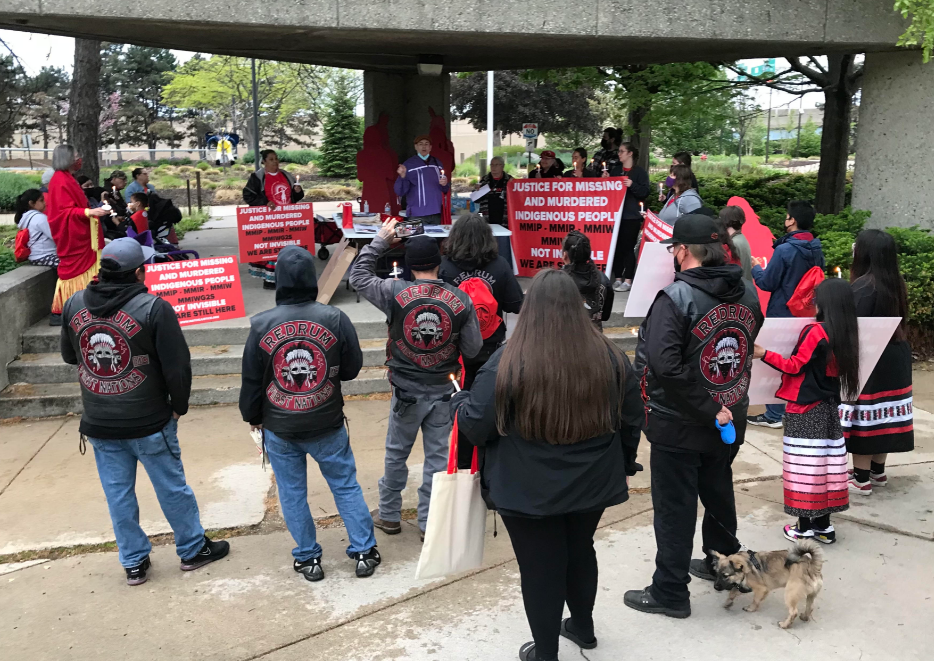 GRAND RAPIDS, Mich. — On a cool Saturday evening, some three-dozen gathered at Ah-Nab-Awan Park that sits between the Grand River and the Gerald R. Ford Presidential Museum in downtown Grand Rapids for MMIWG2S event that included speakers and then finally a vigil.

The event was part of a month-long series of activities hosted by the Native Justice Coalition to bring awareness to the serious issue of missing and murdered Indigenous persons.

“We need to shed light on this epidemic,” Cecelia Rose LaPointe (Keeweenaw Bay Indian Community), founder and executive director of the Native Justice Coalition, said. “It’s our job to educate the public about this problem.”

Several speakers recounted stories of their own stories of how the issue has affected them on a personal level.

The cousin told Davis that when her mother first went missing there was a sense of urgency to find her, but as days turned to weeks, their family knew she would be found dead.

"The case was never solved, " Davis said. "Tonya said there has been no justice and wonders everyday 'only if we would have done...' or 'what if'."

Editor's Note: An earlier version of this article stated Tonya's mother's body was discovered in North Dakota. She was found (murdered) in the James River outside of Aberdeen S.D.