SALT LAKE CITY — The FBI Salt Lake City Field Office announced the arrest of Marlina Nannett Martinez this afternoon. Martinez was wanted for her alleged involvement in possessing and distributing drugs on the Fort Peck Indian Reservation in Montana. 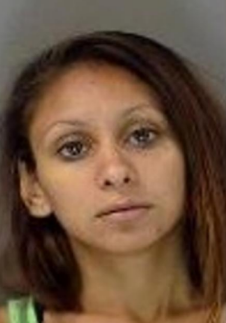 In June, the Salt Lake field office issued a “Wanted by the FBI” notice to locate Martinez. She remained on the wanted list until her arrest on Tuesday evening by members of the North Texas Organized Crime Drug Enforcement Task Force (OCDETF) Strike Force 1 and the Dallas Police Department’s Fugitive Unit. She was arrested without incident at a residence in Dallas.

Martinez was wanted for her alleged involvement in possessing and distributing oxycodone, fentanyl, and methamphetamine on the Fort Peck Indian Reservation in October 2020.

On April 8, 2021, a federal  arrest warrant was issued for Martinez in the U.S. District Court in Great Falls, Mont. after she was charged with conspiracy to distribute and possession with intent to distribute controlled substances.

Martinez will have an initial appearance in the U.S. District Court for the Northern District of Texas.