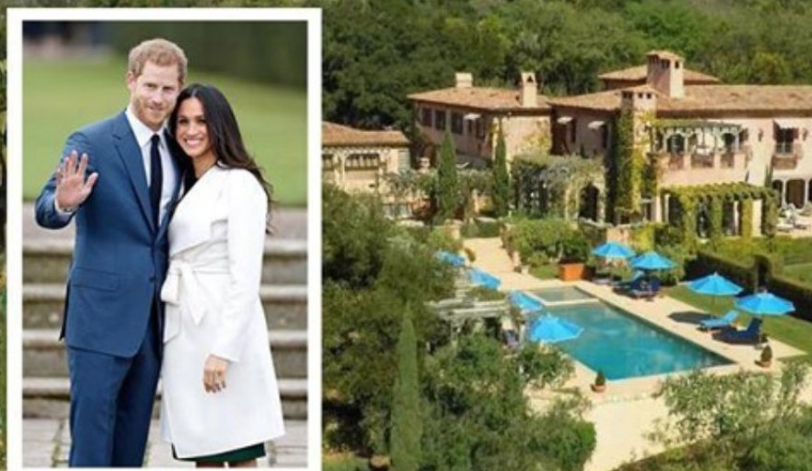 MONTECITO, Calif. — Skeletal remains of a Native American man which may belong to a long-ago member of the Chumash people were discovered by landscapers who called deputies from the Santa Barbara County Sheriff’s Office on May 24.

The sheriff’s office said the deputies responded to a report of human remains at the 800-block on Riven River Road “found while workers were digging a trench for a residential construction project.” The Santa Barbara News-Press reported that the sheriff’s Public Information Officer confirmed the remains were found one street away from Prince Harry and Meghan Markle’s $14 million mansion but were not actually on the royals’ property.

Coroner’s detectives observed that “the bones appeared to be from a non-recent death, were yellowing and in a state of decomposition and deterioration” and that the type of wear on the teeth suggested “a much rougher diet that would cause that type of wear, similar to Native Americans,” the sheriff’s office said.

According to the sheriff’s office, digging at the residential site has been suspended “until further notice,” and Dr. Rick Snow at the Coroner’s Bureau examined the remains and the site where they were found.

“After his examinations, Dr. Snow concluded that the remains are those of a Native American male of unknown age,” the sheriff’s office said in the press release. “The remains that were collected are not a complete skeleton, most of the bones are fragmented and a majority of the bones from the hands and feet are missing.”

Brett Chapman (Pawnee), an attorney from Tulsa, Oklahoma and descendent of Ponca Chief White Eagle, said some of the media response to the discovery “is part of a broader context in which the remains of Native American individuals are seen as impediments to development.”

“And you see in (the) media reporting of this, at least in a few stories I saw, made it read like this development, which disturbed these remains which have been there for who knows how long, that that’s an unfortunate event for these rich people who are building this big mansion out there,” Chapman said. “And that’s just the complete wrong way to look at things like this.”

According to the Santa Ynez Band of Chumash Indians, Chumash territory once covered over 7,000 square miles from the beaches of Malibu to Paso Robles, Calif., an area that includes Montecito. The tribe’s website said that after a Spanish land expedition and five Spanish missions reached Chumash lands in 1769, the Chumash population was “all but decimated, due largely to the introduction of European diseases.” The Santa Ynez Band is the only federally recognized Chumash tribe in the U.S., but there are eight groups that identify as culturally affiliated with the Chumash, according to the Native American Heritage Commission (NAHC).

The NAHC is responsible for designating which California Native American tribe is the “Most Likely Descendent” of the remains discovered in Montecito, according to the NAHC’s website. Under California law, the tribe will have 48 hours after being granted access to the site to inspect and recommend what action should be taken with the remains, and the landowner will discuss “all reasonable” options that the tribe prefers.