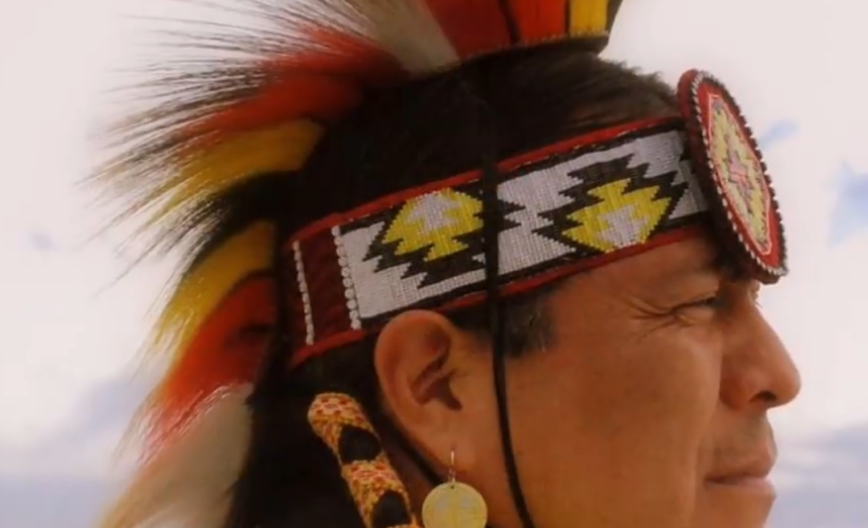 Native News Online has launched a new weekly column to highlight upcoming arts, entertainment and cultural events taking place around Indian Country. Every Thursday morning, we’re delivering a round-up of arts markets, festivals and entertainment happenings that are coming up.

Here’s a quick look ahead at a few events this weekend and a quick nod to a classic track by a Native American artist.

The 13th annual incarnation of the popular Florida festival brings the culture and artistry of the Native American people to the Sarasota Fairgrounds.

In 2008, the annual event was founded by the late Rex A. Begaye. As a traditional Din'eh (Navajo) artist, it was his vision to bring authentic Native American culture to the Sarasota area and to share the artistry, dance, music and food of many Native American tribes with the community.

Some of this year’s attractions include Rick Bird and the Bird Choppers as host drum. With his drum, dubbed the “Bird Chopper,” he is known for working with children and introducing them to culture. He will also bring the newest members of his grand baby tribe, who are all learning the dances, drum and flute in the circle.

Another special guest artist is Lowery Begay from the Dine’ (Navajo) Nation and traditionally raised on the Navajo Reservation in New Mexico and Arizona. For over 15 years, Begay has been a world champion hoop dancer and Northern Style Fancy dancer, as well as a cultural educator, storyteller and drum maker while playing the Native Flute. In that time, he’s performed across the globe, from Japan to  Norway and many spots in between.

Other names on the roster include “Native soul” musician JJ Otero, Peruvian flutist SICANNI, flutist and storyteller Harold Little Bird, Amber Dawn with Morning Crow Designs, Cherokee nation storyteller Frank Silverhawk, and the Sarasota-based group: the Bird Tribe Band. There are many others slated to appear, check sarasotanativeamericanindianfestival.com for all of the entire list.

The American Indian Arts Exposition starts Sunday and runs through Feb. 16, with demonstrations and artists changing out every three-to-seven days. Dances are held at pool side, and there’s continuous flute music daily. Beyond that, authentic crafts and art from 80 tribal nations are showcased. Free admission and parking, scholarship donations appreciated.

Saturday, the Haliwa-Saponi Indian Tribe Winter Pow-Wow kicks off in Hollister, North Carolina at the Doe Spun Building (403 Gibbs Ave.). Doors open for the event at 11 a.m. Festivities will commence with Grand Entry at noon. Along with new attractions, as always, there will be singing, dancing and food.

The Otoe-Missouria Tribe also hosts the Winter Encampment on Saturday at 7 Clans First Council Event Center in Newkirk, Oklahoma. Red Rock Creek is the Co-Host. The Winnebago Tribe of Nebraska is the Honored Guest. The Oklahoma City Pow Wow Club & The Kiowa Gourd Clan are the Special Guests. 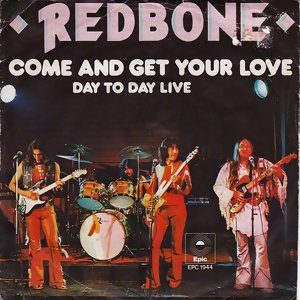 Back in 1974,  Native-American rock sensation Redbone hit No. 5 on the Billboard pop chart thanks to its now-enduring classic, “Come And Get Your Love.”

While the writer of the song, Lolly Vegas, passed away in 2010, his brother (and the band’s bassist) Pat Vegas chatted with journalist Marc Myers in a new Wall Street Journal piece about not only the band’s history, but the message, evolution and history behind their biggest hit single. Vegas told the WSJ: “The beat was a joint effort, with Pete laying it down while we fine-tuned it. What we came up with was a Native-American dance beat. When you dance to the Indian tom-tom, it’s a straight beat with an emphasis on the upbeat—don don-don, don don-don. Not don-don don-don, like in the movies.”

Visit the WSJ for the full story.

Editor's Note: If you have an upcoming arts event or powwow you want share with Native News Online readers, please send information in advance to: [email protected]