National Walk to Free Leonard Peltier Kicks Off in Minneapolis 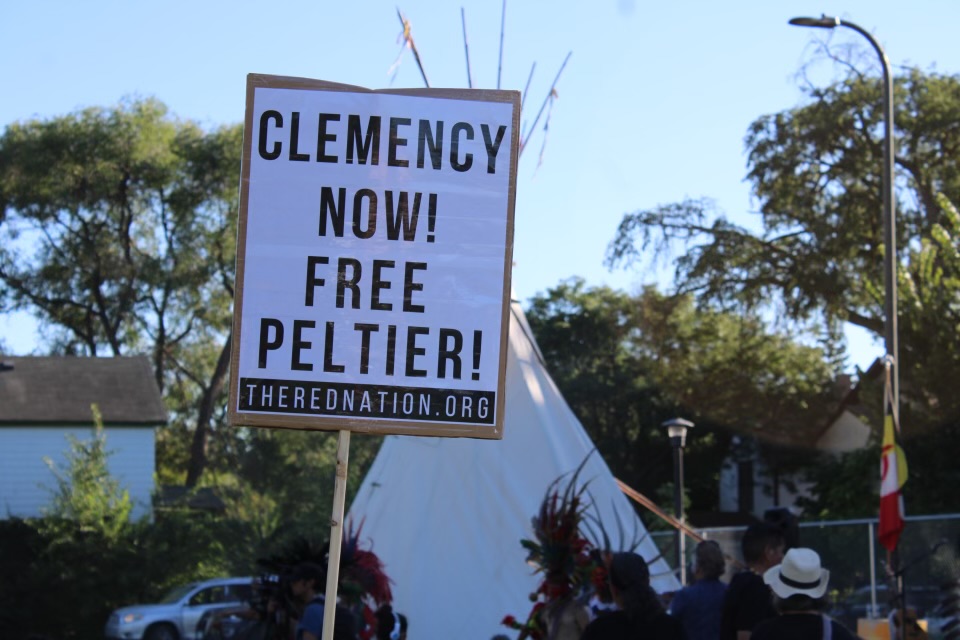 The “Walk to Justice: Free Leonard Peltier” will travel from Minneapolis through Wisconsin, Illinois, Indiana, Ohio, and Pennsylvania, ending in Washington, D.C. on November 14.

“This is not an easy thing to plan a national walk,” Rachel Thunder, lead walk organizer and director of AIM’s True People of Indiana and Kentucky Chapter, said during the rally. “This walk wouldn’t be possible without all of our communities coming together along the way. Our brothers and sisters are going to suffer at this ceremony, just as Leonard has suffered for our people.”

Peltier, a member of the Turtle Mountain Band of Chippewa Indians, was convicted of aiding and abetting in the murder of two Federal Bureau of Investigation (FBI) agents on the Pine Ridge Indian Reservation in June 1975. His co-defendants, Dino Butler and Robert Robideau, were charged with two counts of murder and were acquitted under claims of self-defense.

The charge of aiding and abetting allows a court to convict someone guilty of a crime even if they are not the principal offender.

“Who could he have aided and abetted?” Lisa Bellanger, co-director of AIM’s Grand Convening Council, asked yesterday’s crowd. “We asked the federal government to release our elder and to release him now. And we told them that if it doesn’t happen, we’ll lift the spirit of the people, and we’ll walk to D.C.”

Many organizations have advocated for the release of Peltier and consider him America’s political prisoner. The federal appellate judge who oversaw Peltier’s appeal case, Gerald Heaney, later wrote a letter to former Chair on Senate Select Committee on Indian Affairs Daniel Inouye in 1991 stating that the FBI conducted an improper investigation in securing Peltier’s extradition from Canada.

“Although our Court decided that these actions were not grounds for reversal, they are, in my view, factors that merit consideration in any petition for leniency filed,” Heaney wrote in 1991.

Peltier has been in prison for 46 years.

“The first time I’ve seen my dad was when I was two years old,” Peltier’s daughter, Kathy Peltier, said at yesterday’s rally.

Kathy was born in November 1975, months after the Pine Ridge Indian Reservation shootout in June of that year that led to Peltier’s conviction.

“I’ve been speaking about my dad since I could speak, and we know in our hearts that our dad is free,” Kathy said.

“The day of the shootout in 1975, the FBI created a narrative that some super soldier killed two FBI agents,” Dr. Nick Estes said during the rally. “But they don’t tell you that the vast majority of people at that shootout were under the age of 18.”

Musicians Mitch Walking Elk and Robby Romero closed the evening with performances and stories on their lifetime advocating for the release of Leonard Peltier. In 1992, both musicians performed at the United States Federal Penitentiary in Leavenworth, Kansas.

For more information on the walk, please follow the “Walk to Justice: Free Leonard Peltier” Facebook page. Rallies and events will be hosted along the walk, with a convening in Washington, D.C. on November 14, 2022.