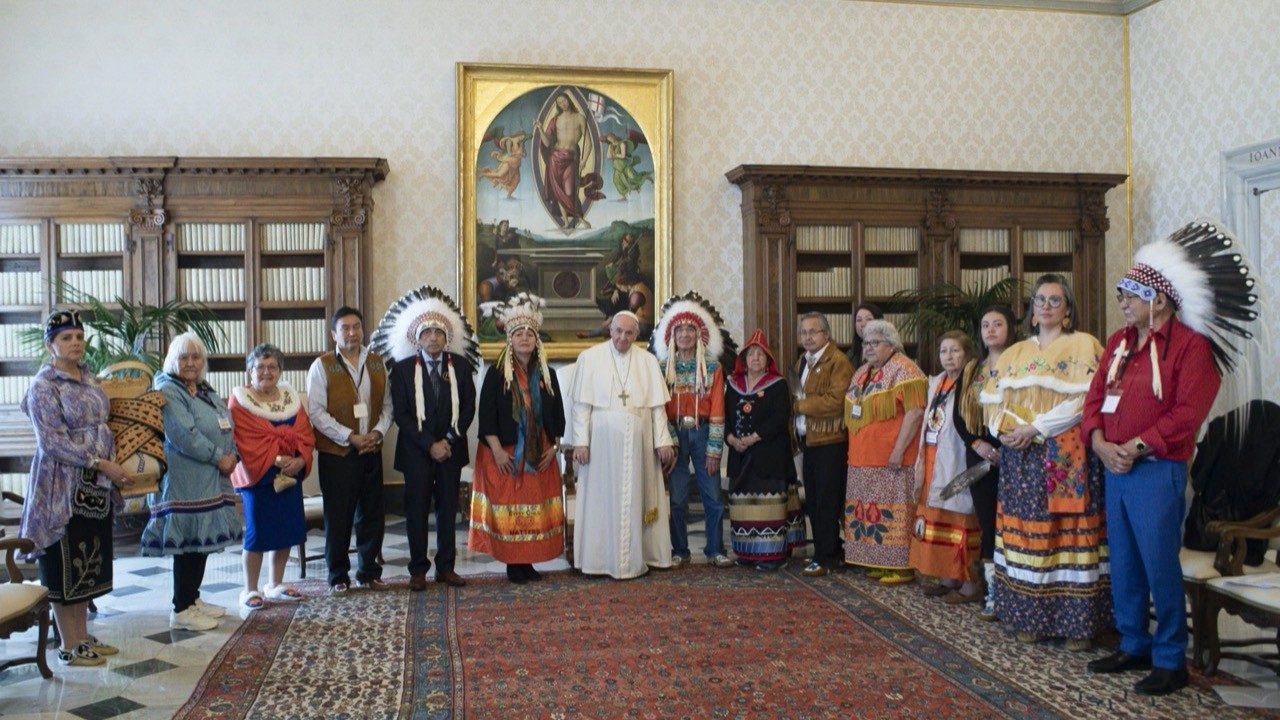 On Friday, the National Native American Boarding School Healing Coalition (NABS) issued a statement on Pope Francis' apology for the Roman Catholic Church's role in the mass abuse and mistreatment of Native children in Indian residential schools operated by the church.

In a statement issued to the media, NABS said it stands in solidarity with its First Nations, Métis, and Inuit relatives who have been in Rome this week for audiences with Pope Francis to speak about the horrors of Canada’s residential school system. The Roman Catholic Church was a perpetrator of the systematic cultural genocide committed in both Canada and the United States, as well as around the world, according to NABS, whose mission is to lead in the pursuit of understanding and addressing the ongoing trauma created by the United States Indian boarding school policy.

"Today, Pope Francis issued an apology on behalf of the Roman Catholic Church, an action that had long been sought by survivors and communities impacted by Canadian residential schools. For those who had sought this apology, we join you in recognizing this historic moment that is so long overdue.

"As many have stated, we know this is just a first step. We also know that an apology alone will never rectify the harms perpetrated on our people through the residential and boarding school systems in Canada and the United States, respectively. The Catholic Church must also abide by the requests of the delegates, including Pope Francis going to Canada to apologize to survivors and their families, the repatriation of artifacts in the collections of Vatican Museums, and opening the Vatican archives for researchers to search for records related to residential schools. The delegates have also asked Pope Francis to revoke a papal bull from 1493, which led to the Doctrine of Discovery and the theft of Indigenous lands around the world. We know that the Catholic Church still benefits from the ownership of land and assets acquired through these colonial decrees.

"We believe the Roman Catholic Church and other religious denominations involved in operating these assimilative institutions must now turn to the atrocities committed in the United States in its own Indian Boarding School policy era. Acknowledging harm in one country while not taking similar, measurable steps in another country continues to perpetuate the harm against Native American, Alaska Native, and other Indigenous survivors of boarding schools and their descendants.

"We call upon the Roman Catholic Church, its associated religious orders, and other religious organizations who operated these assimilative institutions to make openly available and freely accessible any boarding school and mission records to any Tribal Nation, Tribal citizen, boarding school survivor or descendant, or Native American-operated organization seeking to review, digitize, or reclaim these records. We ask religious institutions to endorse the bill currently in Congress for the United States to establish a Truth and Healing Commission on Indian Boarding School Policies in the U.S. (S. 2907 and H.R. 5444). The Roman Catholic Church must also revoke the Doctrine of Discovery,” said Deborah Parker, CEO of NABS and citizen of the Tulalip Tribes.

"We know there is much work to do in this long journey toward truth, justice, and healing. We will continue to advocate for Indigenous people to lead in this healing and we will not rest until we Bring Our Children Home."