MMIP Report: Native People Account for Over 20 Percent of Homicides in Wyoming 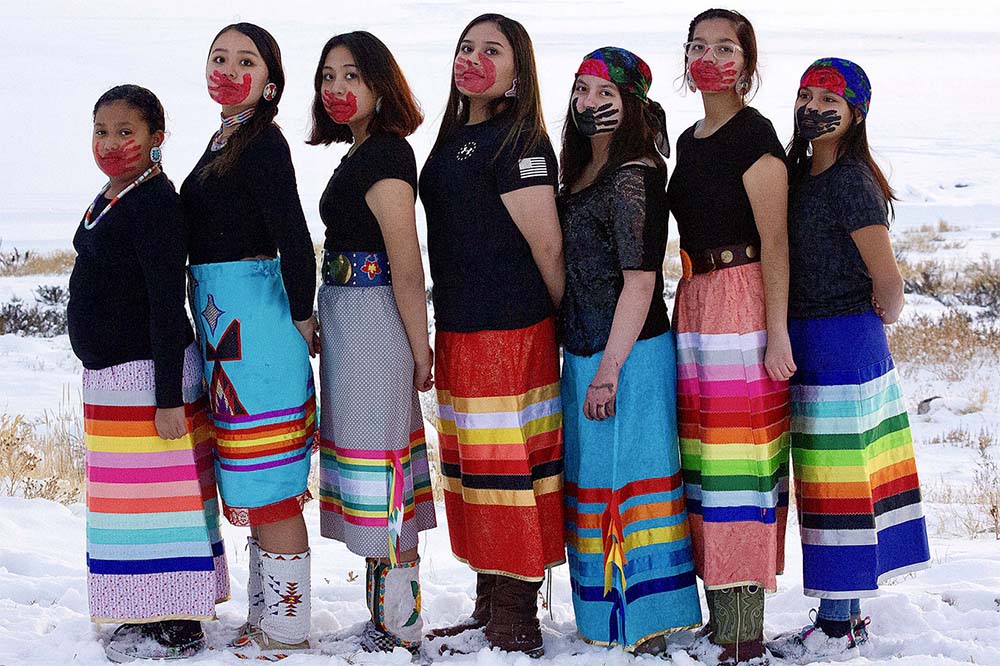 A task force on Missing and Murdered Indigenous People (MMIP) has found that Indigenous people account for 21 percent of homicides in Wyoming, despite only making up three percent of the state’s population.

This grim conclusion is based on data from a report that was released last week. The document, titled “Missing and Murdered Indigenous People: Statewide Report Wyoming,” was compiled by researchers from the Wyoming Survey and Analysis Center at the University of Wyoming using administrative and archival data, analysis of media coverage on missing persons and homicide victims, and interviews with stakeholders on the Wind River Indian Reservation.

Emily Grant, a research scientist at the Wyoming Survey and Analysis Center, estimates that the number of Indigenous homicide victims may be even higher than what has been reported, but the data could be off because of misclassification of victims by coroners.

“A lot of times, it’s not necessarily checked with people from the community, a family member or something like that,” Grant said in a news release. “So it’s really likely that they could be miscategorized as Latino, White.”

“It’s overly graphic,” she said. “So you know, if [a white person] dies with firearms, you know, they may say ‘a gunshot wound.’ But in Indigenous cases, we’re seeing like, very graphic depictions of the body of the crime scene.”

The report advocates for more law enforcement training, the development of “consistent protocols and data systems for MMIPs,” and stresses that particular attention must be paid to documenting tribal affiliation in official records, coroner reports, and vital records, as well as for extra support for families to guide them through the “complex web of legal jurisdictions” when they navigate the reporting and investigation processes. It also calls for a need to “raise community awareness about the prevalence of MMIP, contributing risk and protective factors, and available resources.”

However, MMIP is an issue that is not merely contained to Wyoming. Indigenous peoples across the United States and in other countries are found to be at higher risk of violence than other demographics.

The report states that, in the United States, four out of five Indigenous people have experienced violence, and that Indigenous women are more likely to experience violence than any other demographic.

“Of those who have experienced violence, 97 percent of women and 90 percent of men had the violence perpetrated by a person who was not Indigenous,” the report said.

The report said that inconsistent data and issues with reporting are common when it comes to tracking missing cases involving Indigenous people.

In November 2019, the Trump administration created a presidential task force on Missing and Murdered American Indians and Alaska Natives called Operation Lady Justice, which will work on the crisis until fall 2021.

“In its first year, the Task Force, also known as Operation Lady Justice (OLJ), held more than 15 in-person and remote meetings with tribes, individuals and stakeholder groups, and established and convened 10 working groups to address specific mandates of the executive order, including developing protocols, solving cold cases and expanding outreach and awareness,” the task force said in a December 2020 news release.

The Bureau of Indian Affairs has opened seven divisions around the country in an effort to help tackle the crisis.

“American Indians and Alaska Natives experience some of the highest rates of violence in the country, a situation that is all the more tragic in light of the generations of trauma already suffered by indigenous people,” said Attorney General Barr in the press release. “Despite the COVID-19 pandemic and the unprecedented challenges it posed, The Task Force continued to progress with appropriate urgency to diagnose the symptoms of this intractable problem. They sought the help and input from tribal leaders and tribal communities to develop sustainable protocols that will lead to long-term resolutions tribal communities need and deserve.”