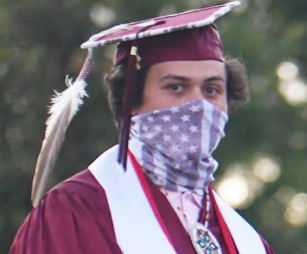 CHOCTAW, Miss. — American Indian students in Mississippi no longer have to worry about wearing regalia or other cultural objects, such as an eagle feather on their caps, at graduation ceremonies.

The new regalia law recognizes the Mississippi Band of Choctaw Indians as the only federally recognized tribe in Mississippi and acknowledges the tribe’s unique cultural heritage. The law states that a government entity may not prohibit an individual––a member or descendent of a federally recognized tribe––from wearing traditional regalia or objects of cultural significance at a public event including, but not limited to, an award ceremony, graduation or public meeting.

Mississippi Band of Choctaw Indians and Tribal Chief Cyrus Ben, who worked on getting the bill approved by the Mississippi State Legislature, hailed the bill’s passage and signing as a true testament to the  strong government-to-government relationship it has with state officials.

“This has been an interest of mine for many years. I have worked on this project for two years and had the opportunity to speak with local officials and work hand-in-hand with our state representatives to ensure this bill’s passage,” Ben said. “I thank Representative Scott Bounds for his leadership in the State House and Senator Jenifer Branning for sponsoring this bill and to all those who voted to pass this bill.”

Ben added that the bill is a giant step toward protecting the Choctaw people’s right to show “our love and pride for our culture, no matter where we might be.”