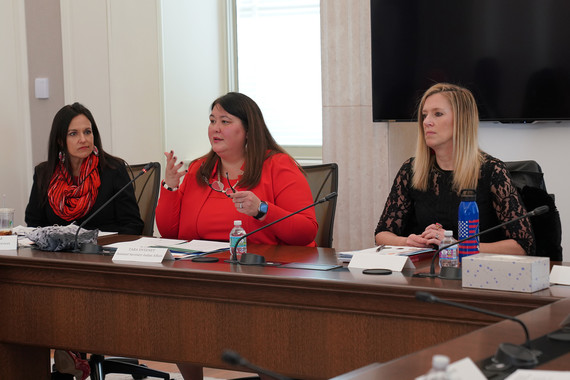 The Department of the Interior, Department of Justice and the Department of Health and Human Services oversee the Operation Lady Justice task force, which has a purpose to address the incidence of missing and murdered American Indians and Alaska Natives that is of epidemic proportion in Indian Country.

After the task force’s first meeting, officials held a telephone press conference with the members of the media and announced the task force will hold a listening session at the National Congress of American Indians (NCAI) Executive Council Winter Session in Washington, D.C. on February 12, 2020. The goal is to have other tribal consultations in Indian Country, but the schedule with times and locations was not announced on Wednesday.  Officials expect to announce additional consultation in the coming weeks.

Also, during the press conference, officials announced Marcia Good was appointed executive director of the task force. Since 2013, Good has served as senior counsel to the Director of the Office of Tribal Justice at the U.S. Department of Justice. Prior to joining the Office of Tribal Justice, she served as an assistant U.S. Attorney in the District of Montana for 14 years.

While named Operation Lady Justice, officials say the task force will expand to include Indigenous men who go missing and murdered.

In addition to hosting regional tribal consultations and listening sessions, the task force will:

The members of the task force are: