Minnesota Reimburses More than $750,000 to Law Enforcement on Line 3 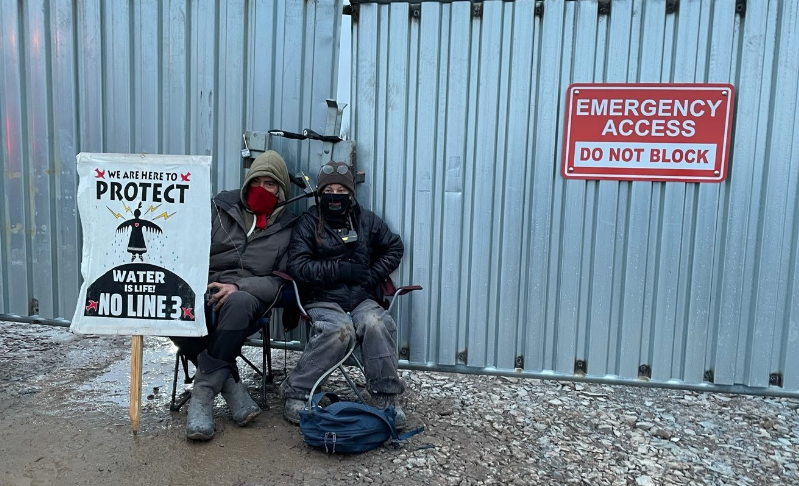 SAINT PAUL, Minn.— A Minnesota Public Utilities Commission (PUC) expense account has dispersed more than $750,000 to reimburse law enforcement agencies in Northern Minnesota for policing Line 3 protests since construction began on December 1, 2020 according to a report by the Minnesota PUC. The account is an escrow account funded by Enbridge, set and managed by the PUC as part of the approval of the pipeline.

Out of anticipation that the construction of Line 3 would cause increased protest activity, the PUC directed Enbridge to help defray added costs by creating, funding, and administering a Public Safety Escrow Trust. In other words, make Enbridge pay for increased law enforcement costs rather than Minnesota taxpayers.

“We are deeply concerned that a foreign multinational corporation is financing police in Minnesota,” longtime Native American advocate Winona LaDuke, executive director of Honor the Earth, said to Native News Online. “Minnesota has had enough tragedy with police, and as we see the militarization of the north for a highly controversial pipeline project, opposed by most Minnesotans, we are deeply concerned about the future of our safety in the north.”

The Cass County Sheriff’s Department has been reimbursed the most from the escrow account, with approximately $327,224.65 for “more than 7,500 hours of wages for ‘Proactive patrols to Line 3 property, adjacent businesses, and neighborhoods in order to protect citizens, workers and visitors.’” Beltrami County has received approximately $178,798 for riot gear, communications equipment, and trainings dating back to May 31, 2016. $74,169.67 of Beltrami County’s reimbursements were for protective suits, mobile field force field gear, gas masks, gas mask accessories, security holsters and baton stops.

Cass and Beltrami Counties are the homes of the Leech Land Band of Ojibwe and the Red Lake Nation, respectively. “The liability to the Anishinaabe and Minnesota is very, very high, and so we stand for our rivers,” LaDuke said.

Although Enbridge has stated it does not disperse the funds, some have expressed that it has increased police activity and arrests. More than 200 people have been arrested since construction began in December. “My concerns are not only the incentivizing of repression, as poor rural counties submit reimbursements, but the non-disclosed security forces, of which there are many and the large increase in heavy militarized vehicles,” says LaDuke of increased law enforcement. “It’s tragic.”

The ties between law enforcement and Enbridge is questionable to many, including Houska. “Enbridge claims it isn’t paying Minnesota police, but it has handed law enforcement three-quarters of a million dollars via the Public Safe Escrow Trust, harassing our people with around-the-clock surveillance, and repression of an Indigenous-led movement,” she says. “Enbridge lies.”

Currently, construction is paused due to thawing and wet conditions and expected to resume on June 1. The $2.6 billion 340-mile pipeline is scheduled to be completed this year and is currently pending litigation.