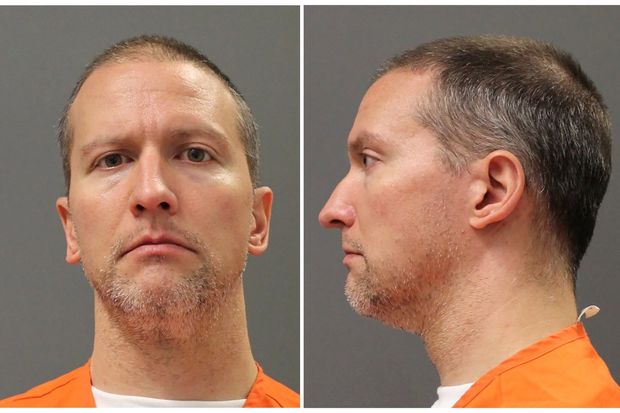 MINNEAPOLIS — In a trial that had the world’s attention, a jury convicted Derek Chauvin, a former Minneapolis police officer, for the killing of George Floyd, a black man last Memorial Day on all counts: second-degree murder, third-degree murder and second-degree manslaughter. The death of Floyd sparked protests throughout the nation, resulting in riots that led to the destructions of more than $500 million in the Twin Cities Metro area.

Minnesota Lieutenant Governor Peggy Flanagan, a White Earth Band of Ojibwe tribal citizen, took to social media minutes after the conviction of all counts presented by the State of Minnesota. “Justice for George Floyd means building a community and a state where everyone is safe,” she said. “While nothing will bring George back, this verdict is a step toward the vision of justice that sent thousands of people into the streets, demanding change.”

The evidence presented by the state of Minnesota spanned for nearly 7 weeks, and was centered around a video that showed Chauvin kneeling on the neck of Floyd for more than 9 minutes. Defense argued that Chauvin used reasonable force as permitted by law and Floyd had both an enlarged heart and illicit drugs in his system that contributed to his fatal encounter on May 26, 2020.

The jury reached a verdict after 10 hours of deliberation, after closing arguments were made on Monday, April 19. School districts in the Twin Cities area adjusted all classroom instruction from in-person to virtual in anticipation of the verdict. After the verdict was read by Judge Peter A. Cahill, Chauvin’s bond was revoked and taken into custody by the Hennepin County Jail where he faces aggravated sentencing guidelines, which could result in a lengthier sentence for Chauvin. For a conviction of second-degree murder, Chauvin faces a maximum of 40 years in prison; third-degree murder he faces a maximum of 25 years in prison, and for second-degree manslaughter he faces a maximum sentence of 10 years.

“Our work is not done until every mother’s child is safe, valued, and protected,” said Minn. Lt. Gov. Peggy Flanagan on social media. “The grief and pain of so many Minnesotans doesn’t go away with one verdict, even a verdict towards justice. The legacy of this moment and this movement does not end today.”

The guilty verdict was celebrated by many, including White Earth Tribal Band of Ojibwe tribal member Mary Gagnon. “As a mother of dark skinned, young men, I am relieved at the verdict,” she said to Native News Online. “This system wasn’t built for us.”

Mike Forcia, Bad River Ojibwe tribal citizen and chairman of the Twin Cities American Indian Movement, said of the guilty verdict, “best news we could ask for,” to Native News Online. Forcia, was charged and convicted for first-degree destruction of property for the toppling of the Christopher Columbus statue on the Minnesota State Capitol grounds days after George Floyd was murdered. “May 25th must be a day we never forget,” he said.

"It is my hope that just as the death of George Floyd served as a spark to a state and national dialogue about racism, that the verdict of this case can serve as a salve to begin the process of healing, justice, and continued conversations that bring all our communities together to a place of mutual value, safety, and respect," American Indian Movement Grand Governing Council Chairperson Lisa Bellanger said.

“While we are relieved that justice has been served for George Floyd, we must not forget that three other former Minneapolis officers face trial for aiding and abetting Derek Chauvin,” said American Indian Movement Grand Governing Chairman Lisa Bellanger to Native News Online. “The Minneapolis police department has long brutalized people of color and the people have had enough.”

The American Indian Movement was founded under the premise of police brutality on the southside of Minneapolis. Since the unrest in the Twin Cities metro area, patrols organized by AIM have strived to maintain peace and safety for the Native community.