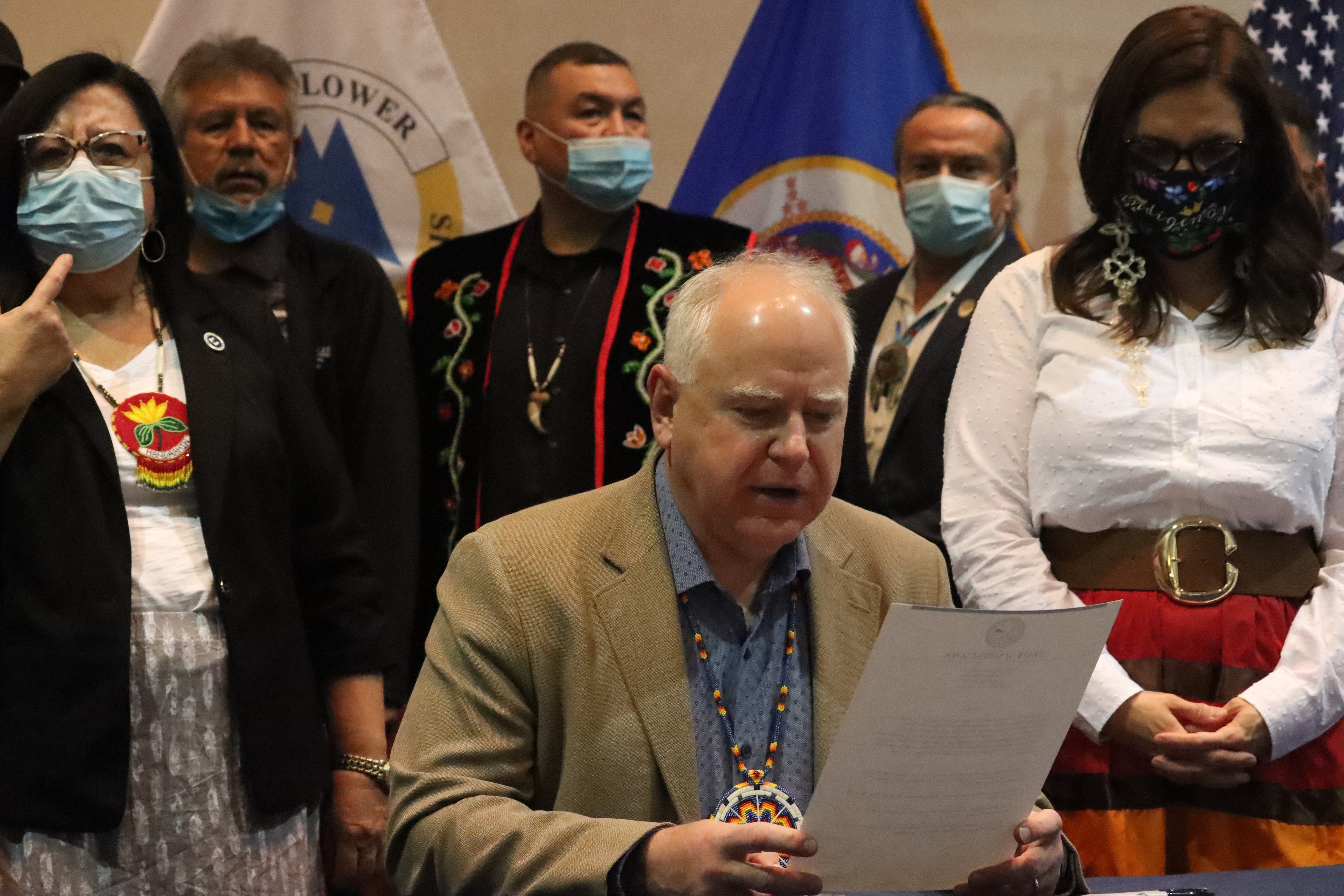 Saint Paul, Minnesota—Yesterday, Minnesota Governor Tim Walz and Lieutenant Governor Peggy Flanagan hosted a bill signing ceremony with elected Minnesota Tribal leaders from most of the 11 federally recognized tribes in the state. The ceremony was held on the Minnesota State Capitol Grounds at the State Department of Revenue. The bill, “Government to Government Relationship with Tribal Governments,” passed both houses of the Minnesota state legislature earlier this year on June 30, and was signed into law the next day by Minn. Governor Tim Walz. The bill signing ceremony was postponed until November due to COVID-19.

“This bill codifies the spirit of that Executive Order into law, so that it lasts beyond this Administration,” Brooke Wallington, a spokesperson from Governor Tim Walz’s office, told Native News Online.

The bill signing ceremony opened with a song and prayer by Wakinyan and Thorne LaPointe, followed by speeches from Minnesota Governor Tim Walz and Lieutenant Governor Peggy Flanagan, who is an enrolled member of the White Earth Band of Ojibwe. 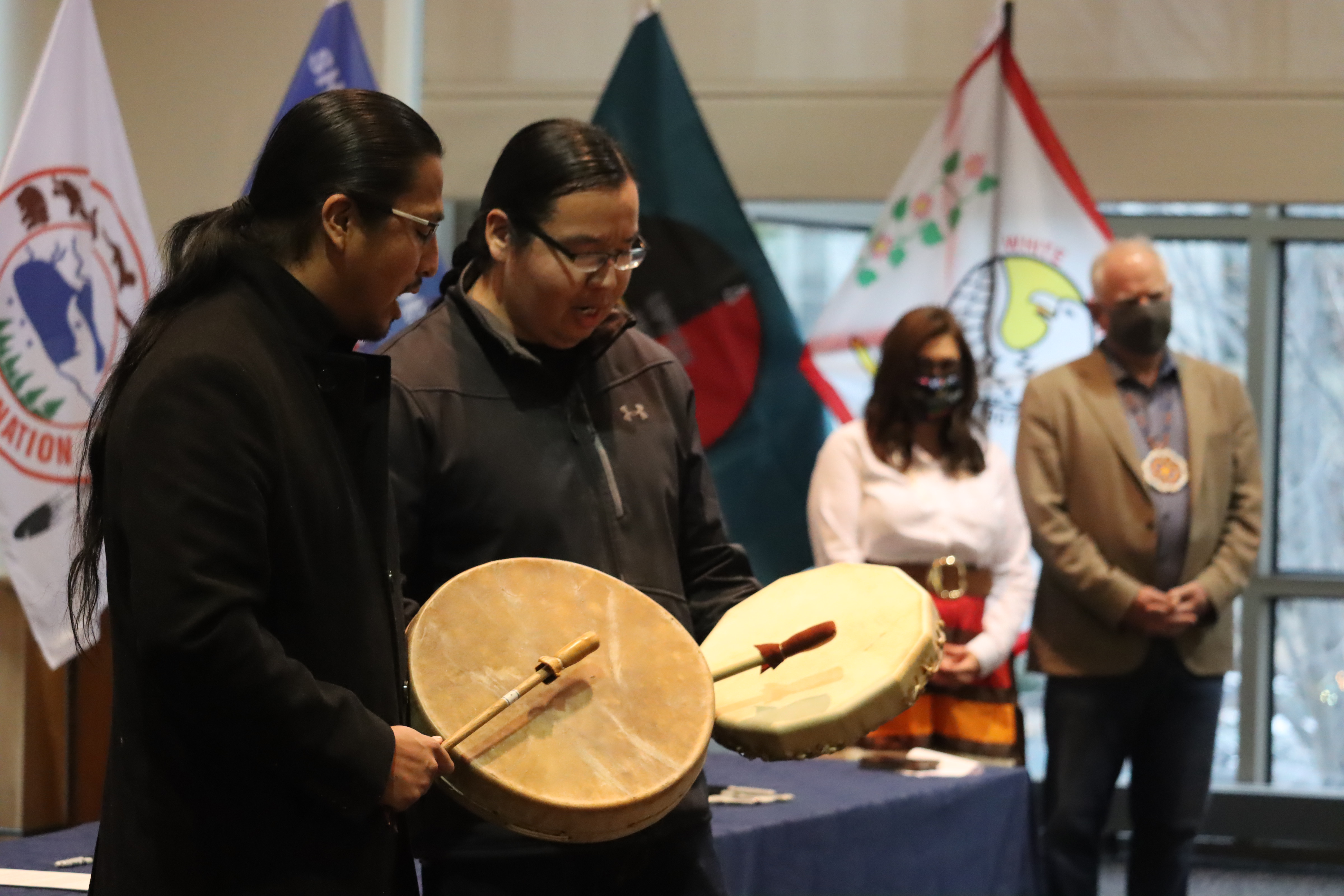 Wakinyan and Thorne LaPointe being the bill signing ceremony at the Minnesota Department of Revenue Building with Tribal leaders on Monday, November 8, 2021. (Photo/Darren Thompson)

“I’m grateful and uplifted after a day of nation to nation and true sovereign nation consultation,” said Minnesota Governor Tim Walz during the ceremony. “Thank you to our Native legislators for codifying what we know is critically important. The idea that our state and our sovereign tribal nations and our relationships should be in law, there should be an expectation to how those consultations are done.”

“We have to take intentional action to build a system that actually works for all of us,” said Flanagan.

“This is a strong starting point to ensure our Tribal Nations are an intentional part of the conversations and decision making that take place in our state,” said Minnesota Representative Heather Keeler to Native News Online. “When we work collectively, truly engage and listen to each other we will create a Minnesota that is worth handing to our next generations.” Keeler is an enrolled member of the Yankton Sioux Tribe and a Democratic–Farmer–Labor member of the Minnesota House of Representatives from District 4A, Moorhead, Minnesota.

“We have a letter of the law now, that forever forward, consultations and meetings between tribes and the state will happen,” said Walz. “There is a spirit that each of you embody being partners to make Minnesota a better place for each and every person.”

This story has been updated to clarify the codification of the Executive Order.