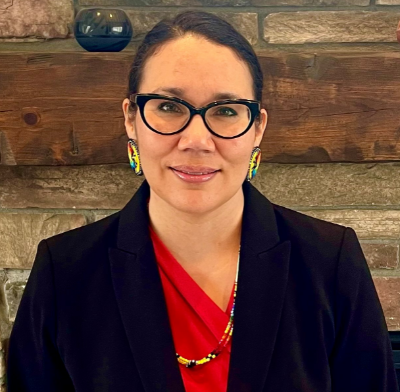 Minnesota Gov. Tim Walz and Lt. Gov. Peggy Flanagan (White Earth Ojibwe) announced on Friday the appointment of Sarah Wheelock, a tribal citizen of the Meskwaki Nation (Sac & Fox Tribe of the Mississippi), to sit on the Minnesota Court of Appeals.

Wheelock will be the first Native American to sit on the state’s second-highest court. Walz appointed Wheelock to fill the seat vacated by Carol A. Hooten, who is scheduled to retire on Nov. 30, 2021.

Currently, Wheelock serves as legal counsel for the Shakopee Mdewakanton Sioux Community in Prior Lake, Minn. Previously she worked as an adjunct professor at Mitchell Hamline College of Law and as an appellate judge for the White Earth Band of Chippewa Court of Appeals.

“It is my honor to appoint Sarah Wheelock to the Minnesota Court of Appeals,” said Governor Walz. “In her time serving as legal counsel for the Shakopee Mdewakanton Sioux Community and tribes across the nation, Ms. Wheelock has repeatedly shown that she is a dedicated public servant committed to advancing the common good. She is well prepared to join the Court of Appeals.”

“Sarah Wheelock is a brilliant legal mind with a deep understanding of the laws of the land,” said Lieutenant Governor Flanagan. “Her life experience, longstanding service to her community, and her extensive legal background provide her with a unique perspective that will be invaluable in her new position. I’m thrilled by her appointment.”

Her vast legal experience includes litigation in tribal, federal, and state courts, as well as economic development and finance work. Wheelock earned her B.A. and J.D. from the University of Iowa.

"With this appointment, American Indians now serve at every level of the state judiciary," Matthiesen said. "Sarah Wheelock is an exceptional lawyer, and we are confident that she will serve in the judiciary with distinction."

In 2016, then Minnesota Gov. Mark Dayton appointed Anne McKeig (White Earth Ojibwe) to serve on the Minnesota Supreme Court. With her appointment, she became the first Native American to sit on the state’s highest court.