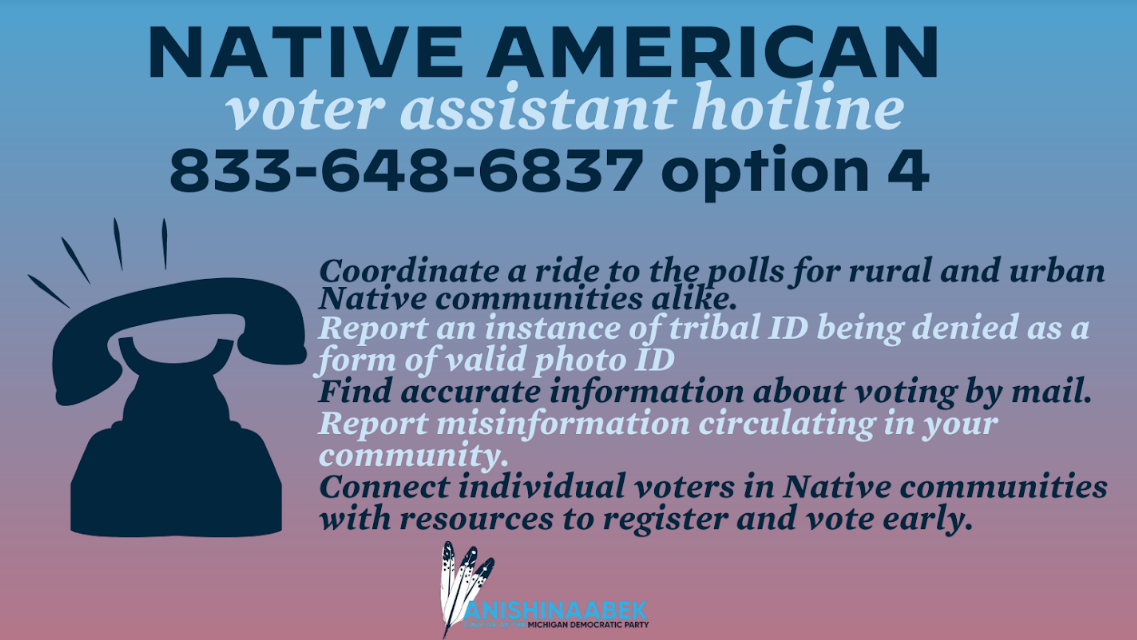 The Native American Voter Assisted Hotline goes live on Saturday, Oct. 31 and will run through Election Day, Nov. 3. The hotline will be staffed by Native American election experts.

The hotline election experts will provide voters assistance relating to voting requirement documents, transportation to the polls, registering to vote on Election Day and absentee ballots.

“There are 12 federally recognized Tribes and urban Indian centers in Michigan, making Michigan the largest population of Native Americans east of the Mississippi River. With more than 100,000 Native American citizens in Michigan of voting age. Native Americans can ensure that their sovereignty matters in the next administration and vote for Native American candidates and allies down the ballot,” Allie Greenleaf Maldonado, citizen of Little Traverse Bay Band of Odawa Indians, said.

Michigan is one of seven states listed by Four Directions, a national American Indian voting rights organization, where the Native vote could influence election results. The other six states are Arizona, Colorado, Minnesota, Nevada, North Carolina and Wisconsin.

Anishinaabek Caucus of MDP is a political caucus of the Michigan Democratic Party advocating to educate, empower, advocate and promote issues important to Native Americans.