Indigenous leaders across Canada are calling for a national state of emergency following one man’s serial murder of four First Nations women in Winnipeg, Manitoba, within weeks of one another in the spring of 2022.

“The ongoing genocide of Indigenous Women, Girls, and 2S Persons is not taken seriously. Together, we will stand, shout, drum, sing, and dance for our people’s liberation,” a statement with 27 signatures posted to Twitter reads. “We demand safety. We demand an end to this violence and declare a State of Emergency for the protection of our women, girls and 2S Persons.”

Leah Gazan (Wood Mountain Lakota Nation), a Member of Parliament for Winnipeg Centre, sent a letter to the speaker of the House of Commons requesting a State of Emergency “be declared in response to this crisis of violence, and for resources to be immediately provided including for the recovery of the murdered women’s remains,” according to her letter obtained by Native News Online. The request for an emergency debate was rejected this afternoon.

On Sunday, Dec.4, Indigenous people and allies gathered in rallies across the country to hold vigil for the four women and call on state authorities to enact a state of emergency.

The alleged murderer, 35-year-old Jeremy Skibicki, has been held at the Milner Ridge Correctional Centre since May 2022, when he was charged with the first-degree murder of Rebecca Contois after portions of her remains were found in a dumpster outside an apartment complex.

In the following six months, the Winnipeg homicide unit investigated Skibicki’s activities in connection to the three other murders, which Winnipeg Police Inspector Shawn Pike said happened “within weeks of each other” between March and May 2022. Smyth noted that, although the remaining three victim’s bodies have not yet been recovered, police and the Crown’s attorney’s believed they had enough evidence to bring an additional three counts of first-degree murder against Skibicki last week. Skibicki’s lawyer, Leonard Tailleur, told CBC News that his client will plead not guilty on all counts.

Police are asking for the public’s help to identify the unknown victim, who Indigenous relatives have begun referring to as “Buffalo Woman.” In the press conference, Pike showed photos of a reversible black Baby Phat branded jacket with a fur hood that the victim was believed to have been wearing last. The other side of the jacket is black with white stripes. 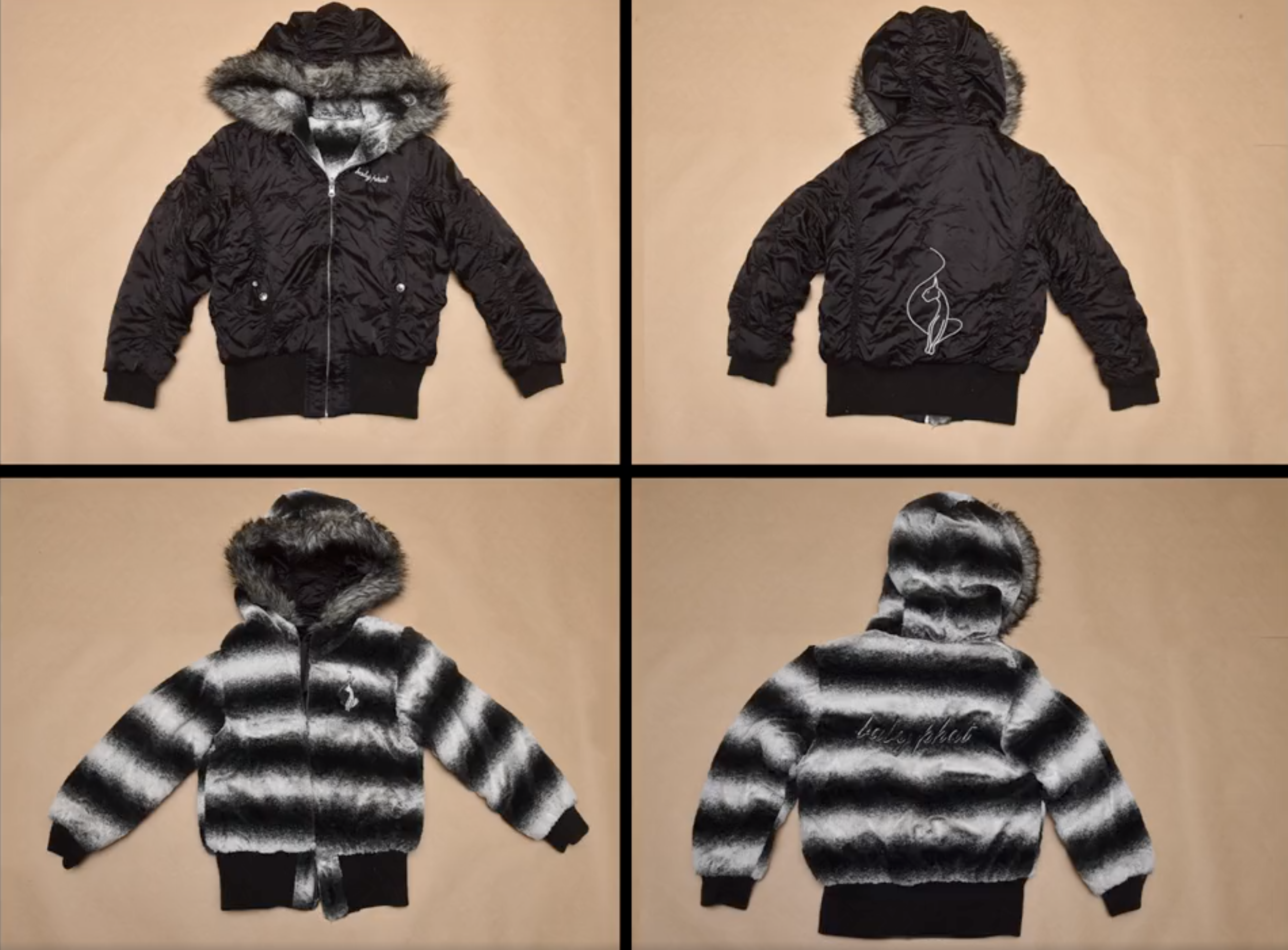 Police are seeking the public's help in identifying an unknown victim believed to be wearing this reversible jacket. Anyone with information is encouraged to call the Winnipeg Police homicide unit at 204-986-6508.

“We’ll take any information in regards to it,” Pike said, “In a perfect world, we have someone come and tell us that they knew exactly who was wearing a jacket like this.”

Anyone with information is encouraged to call the Winnipeg Police homicide unit at 204-986-6508.

Smyth told the public that police believe the remains of the three additional victims are at the Brady Landfill, but too much time has passed since their murders in the spring to conduct a search of the landfill.

“I don’t foresee a search of the landfill,” Smyth said in the press briefing.

One of the victim’s daughters, Cambria Harris, spoke at a recorded vigil on the evening of Dec. 1.

“The search isn’t done yet because we’re still looking,” Harris said. “And that’s not fair. I don’t think we should give up. My mother deserves to come home. We deserve to have her remains, and so do the other families.”

Others took to Twitter to criticize police for not doing enough to bring each victim’s remains home.

“There are ways to find these women,” Kisha Supernant, a Metis archaeologist at the University of Alberta, wrote on Twitter. “Not searching for their remains is yet another indication that Indigenous women’s lives are not valued. Indigenous women are not garbage. We don’t belong in a landfill. Bring these women home so ceremony can carry their spirits and show them they are loved.”