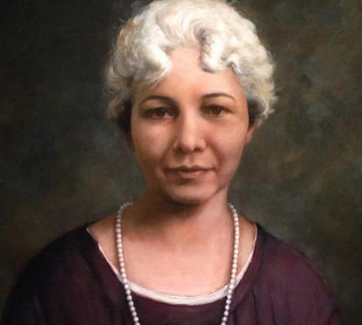 Cora Reynolds was an Ojibwe woman, who was born on the L’Anse Reservation. She ran unopposed when the State House seat that represented Baraga, Keweenaw, Ontonagon, and Iron counties was vacant. She was elected in 1925 and was the first Native American woman to serve in any state legislature.

She only served one term before the district she represented was eliminated in redistricting. During that time, she advocated for various public health matters like combating alcoholism and tuberculosis epidemics. She also advocated for the recognition of Native fishing rights in the state of Michigan.

She and her husband were also strong advocates of prohibition, and they worked to establish prohibition in the area well before it was established nationally.

She was also active in the Grange–one of the first organizations to allow men and women equal voices and a strong voice in the political sphere.

“Cora Reynolds Anderson was a dedicated public servant who worked tirelessly to improve the lives of Michiganders across the Upper Peninsula – including by bolstering public health in Baraga by helping to secure the county’s first public health service,” said Senator Peters. “Naming this post office after this prolific trailblazer – in the county she represented – will help honor her legacy as a devoted educator and legislator.”

“Cora Reynolds Anderson is such an important part of Michigan’s history. As the first woman elected to the Michigan House of Representatives – and the first Native American woman to serve in any state legislature – she paved the way for so many women, including me, to hold public office. Naming this post office in the county she represented after her is one special way that Michiganders can honor and remember her for generations to come,” said Senator Stabenow.