Learn Why the Choctaw Nation and Ireland Maintain Kindred Spirits 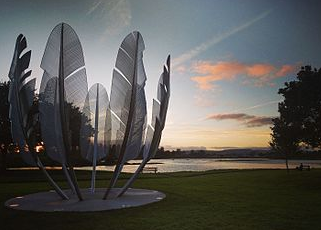 The relationship goes back to the Great Famine. During the years 1845 through 1852, the Irish people were experiencing a potato famine. It was during this time that a disease poisoned the Irish’s potato crops which caused mass starvation and death. Their population decreased by 20 - 25 percent.

Even before the Irish famine, the Irish were plagued by colonization efforts perpetrated by England. The Irish language, culture, and traditions were nearly eradicated.

The history of the Irish is something that resonates deeply with Native communities.

Because of this empathy, the Choctaw people decided to do what they could to assist the Irish. In 1847, they sent them $170—which is close to $5,000 in today’s dollars—across the Atlantic Ocean through a group of Quakers. The money was used to help feed the starving people in Ireland. Even though the Choctaw people had been forced on their Trail of Tears, a deeply devastating event, only 16 years prior, they still did what they could to help.

The Irish were eternally grateful, and still express their gratitude in many ways today.

In 2018,  then Ireland’s Prime Minister Leo Varadkar visited the Choctaw Nation and created a continuing series of yearly scholarships for Choctaw students to study in Ireland

Most recently in 2020, amidst the COVID-19 pandemic that severely plagued the Navajo Nation and Hopi Reservation disproportionately compared to the wider American public, the Irish made a large donation to those communities.