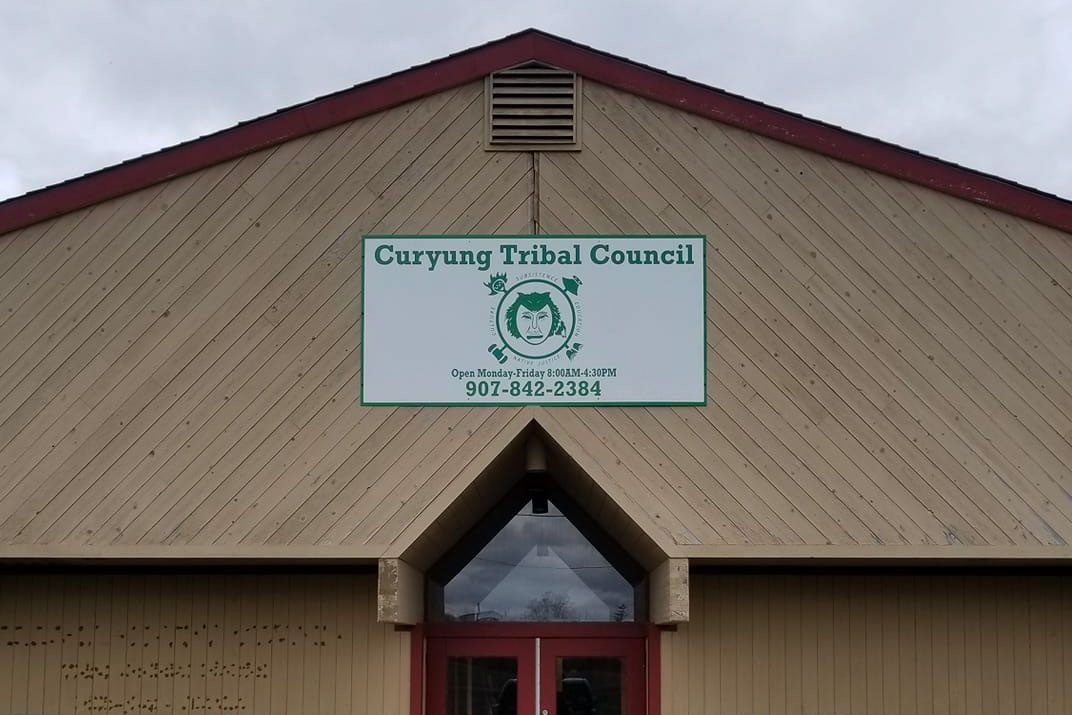 DILLINGHAM, Alaska — After the Department of Justice unveiled a new pilot project in Alaska last summer that would work with tribes to tackle the Missing and Murdered Indigenous Persons (MMIP) crisis in their communities, tribal administrator Courtenay Carty was quick to let them know that the Curyung Tribe wanted in.

“Being able to allow our tribal members the perhaps comfort, or awareness that their tribe considers their pain and this cause to be serious enough to address as a tribal issue is important for me personally,” said Carty, who told Native News Online that her eldest cousin Cheri was murdered the month before she took her current position as tribal administrator in 2018.

The pilot program is part of the Department of Justice’s (DOJ) national Missing and Murdered Persons (MMIP) Initiative and has been implemented in Alaska, Oklahoma, Montana, Minnesota, Michigan and Oregon. Under the program, local, state, and federal law enforcement agencies band together to create guidelines that help tribes craft Tribal Community Response Plans (TCRPs). These plans coordinate the response to a report of a missing person in a way that is “individualized and tailored to the needs, resources, and culture of each local community.” 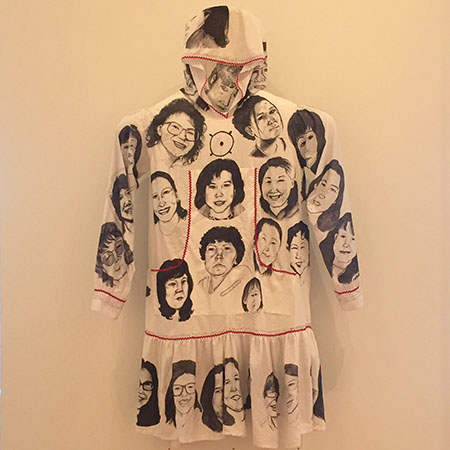 A qaspeq created by Amber Webb on exhibit at the Anchorage Museum. (Photo/Amber Webb)According to the National Institute of Justice, approximately 42 percent of the unresolved American Indian or Alaska Native cases published in the National Missing and Unidentified Persons System are in Alaska—far more than any other state. Seventy percent of those who went missing in those cases are female.

Curyung artist Amber Webb said she became involved with the MMIP movement in 2018 when she began creating qaspeqs, a traditional Native garment, covered with the faces of missing or murdered women from Alaska and beyond. Webb’s work is featured in the Anchorage Museum, and she is part of the working group that created the Curyung response plan.

“But before that, in 2012, a friend of our family, Valerie Sifsof, went missing… I had always kind of understood that this was an issue because we know so many other women that have been killed, but when that happened it was just like, so apparent that it could happen to any one of us, just randomly,” Webb said. “And it kind of just made me think I had to do something about it because I wasn’t hearing anything in the news.”

The DOJ launched the pilot project in Alaska in February, and on June 11, the department announced that the Curyung Tribal Council and the Native Village of Unalakleet had unanimously approved their response plans. According to the DOJ, the Curyung and Unalakleet response plans will be used as a basis to create model TCRPs that Native communities across Alaska can adapt to make their own.

Carty said that this is an opportunity for Curyung, the largest of the 31 Alaska Native tribes in the Bristol Bay region, to provide leadership to the other 30 Native villages. She added that the majority of the law enforcement agencies, service providers, and other organizations that are involved with the Curyung response plan also serve these surrounding communities.

“Our plan essentially can be used for the other villages to adapt and modify for their unique situation or location and the services that they have available in their communities,” Carty said.

‘Someone to help them through this’

In January 2021, the Curyung Tribe formed a working group to create the community response plan, which includes procedures for multiple response phases, as well as cases in which an Indigenous person goes missing off tribal land. A list of related training opportunities are also included in the plan, which reassures that Curyung will support “victim services agencies being engaged in all MMIP incidents.”

Carty listed local and state law enforcement, the local domestic violence and sexual assault shelter, and the inter-tribal association that Curyung belongs to as current members of the working group, as well as the tribe’s health care provider, search and rescue group, and members who have experienced loss amid the MMIP crisis.

She added that 25 of the working group’s 27 members are citizens of a federally recognized tribe.

“The plan makes a framework for all these different organizations that do have different roles in these investigations, but it formalizes it so we all know exactly what to do and how to work together when this does happen, instead of shooting from the hip,” Carty said.

Carty said that under the new partnership, families only need to coordinate with one person: Carty, who will serve as the working group’s liaison to families.

“Normally, it is the family in the middle of this agonizing trauma trying to do all the work themselves,” Carty said. “And so now they have someone that can help them through this.”

The Curyung response plan affirms that the plan is just the first step of the tribe’s efforts to address the MMIP crisis.

Webb said that the plan also serves as a starting point for the community to address systemic issues that contribute to the MMIP crisis in schools, health care, city government, and other institutions.

“If you just go to an organization and say, ‘Hey, I see that this is a problem and we should change it,’ they may not be as comfortable changing things as if you’re referring to a plan that everyone’s worked on together and you say, ‘This is a part of this work that we’ve all been doing together, so let’s make these changes,’” Webb said.

Amber Webb’s sister Tiffany, an opioid prevention counselor who works at the tribe’s health care contractor, said the Curyung MMIP response plan sets “a precedent that we’re (going to) have these conversations now.” In her experience, she noted, non-Native health care workers who move to Dillingham, where the Curyung Tribal Council is located, do not know about the MMIP crisis.

The creation of the working group has also led to new conversations between Curyung tribal members, law enforcement and the media. Capt. Andrew Merrill of the Alaska State Troopers said that the department has offered training opportunities to community members, increased understanding about what information law enforcement can share during an investigation, and has worked to dispel the myth that families must wait 24 or 48 hours before reporting a missing persons case.

“Having that coordination, with community members understanding the various roles of law enforcement, of search and rescue groups, (and) of volunteer organizations will improve the ability to respond quicker and also get the accurate information that we need to make sure that we can do a thorough investigation or response to those types of incidents,” Merrill said.

The Curyung response plan outlines a series of requests for media coverage of MMIP cases, including notifying the victim’s family before releasing identifying information and not focusing coverage on substance and alcohol use. Local radio station KDLG participated in a working group meeting, and reporter Izzy Ross said that there is more room for collaboration between KDLG and the community to improve coverage of MMIP cases.

“I think especially if someone does go missing, the focus of coverage should be on finding them, and getting the word out for people to really focus on making sure that person is safe,” Ross said.

According to the DOJ, another next step is for the working group to practice the response plan with the National Criminal Justice Training Center. The DOJ said this exercise will be used to “help create a training module for tribal communities, law enforcement and other community stakeholders to practice their MMIP incident response.” Additionally, the Curyung plan will be reviewed for possible updates each year, and Carty said it will eventually be publicly available on the tribe’s website.

“This plan is very much in its infancy, and getting as far as we have to even get this initial plan approved has been a lot of work, but it is just the beginning,” Carty said. “We have so much work ahead of us that this plan is going to allow us to do. And whether or not that’s actually working with our families to respond to this, or digging into some of those root causes that have for some reason made our people more vulnerable to this circumstance, all that work still needs to happen.”