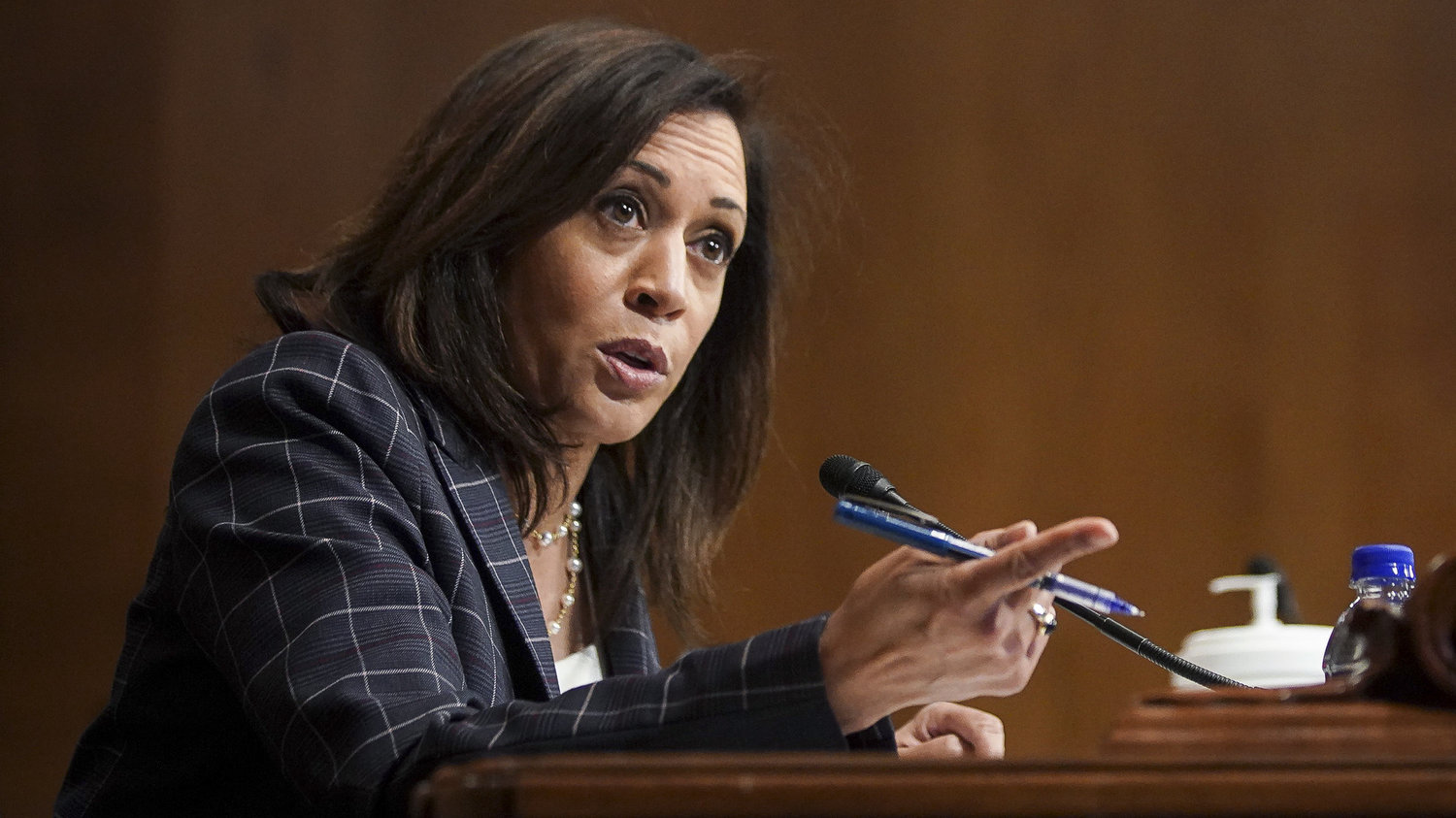 Harris, 55, is also the first Black woman and the first person of Indian descent to be nominated by a major party. Her father is from Jamaica and her mother is from India.

“These aren’t normal times. For the first time in our history, we’re facing three historic crises -- all at the same time. We’re facing the worst pandemic in 100 years. The worst economic crisis since the Great Depression. The most powerful calls for racial justice in a generation. And we have a president who has both failed to lead on the virus -- costing lives and decimating our economy -- and fanned the flames of hate and division,” Biden said.

“I need someone working alongside me who is smart, tough, and ready to lead. Kamala is that person.”

Harris, a former prosecutor and state attorney general in California, has proven to be a fierce questioner while serving on the Senate Judiciary Committee. During the Supreme Court confirmation hearing of Brett Kavanaugh, Harris questioned him aggressively.

She is currently serving in her first term in the U.S. Senate.

As the attorney general of California, Harris interacted with American Indians and tribal leaders in her role.

“Harris is a capable leader and we in Indian Country will expect great efforts to assist our people once elected – especially initiatives to help repair our economy,” Tracy Stanhoff (Prairie Band Potawatomi Nation), president of AD PRO, based in Huntington Beach, Calif. and president of the American Indian Chamber of Commerce of California, told Native News Online.

“I am excited to see the decision made by Joe Biden in selecting Sen. Harris. The selection of a woman of color as his vice president is the progressive choice and the right choice,” said Jame Siva, chairman of the California Nations Indian Gaming Association and vice chairman of the Morongo Band of Mission Indians. “Sen. Harris has previous knowledge of the numerous issues facing Indian Country as the former Attorney General of California and I am hopeful that those issues will continue to be of importance to the Senator as vice president if she is elected.”