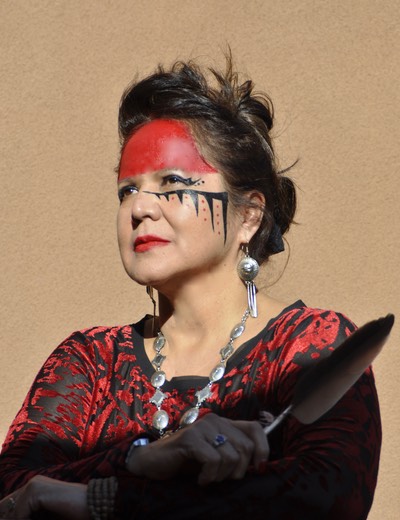 Late Monday night, Joanne Shenandoah passed away at the Mayo Clinic in Scottsdale, Arizona following complications of abdominal bleeding and suffering a cardiac arrest. She was 64 years old.

Shenandoah was a member of the Wolf Clan of the Oneida Nation and was the most critically acclaimed and honored Native American singer since her debut recording in 1989, according to the Native American Music Awards.

“This was not her time, my beautiful Mom saved countless lives with her angelic voice and heart as big as the Universe,” said Leah Shenandoah in a Facebook post. “I am honored as her daughter to carry on her message of peace and compassion through the arts. I can feel her love around me and don’t know how to live life without her.”

Joanne Shenandoah recorded a total of 15 albums with numerous other collaborations. Her music has been awarded multiple awards, including 14 Native American Music Awards, which is the most awarded to a single artist in the awards program, said Bello. She also won a Grammy Award for her contribution to “Sacred Ground: A Tribe to Mother Earth”. She was nominated for two Grammy Awards for her albums, “Covenant” and “Peacemaker’s Journey”. She was inducted into the Syracuse Area Hall of Fame, and has received an Honorary Doctors of Music from Syracuse University in 2002.

“We not only have lost our most decorated voice, but we’ve also lost a mentor, a role model and a friend who was loved by all,” said Native American Music Awards Founder and Director Ellen Bello to Native News Online. “She truly cared about others and paved the way for so many. She leaves an unfillable void in our community and in our hearts.”

Over her five decade plus career, Joanne has performed at The White House, Carnegie Hall, Native Nation Inaugural Balls, Madison Square Garden, The Smithsonian’s National Museum of the American Indian, Woodstock ’94, and participated in the celebration of the canonization of Kateri Tekakwitha, the first American Indian Saint at the Vatican.

“Joanne is to contemporary Native American music what Aretha Franklin, Etta James, or Billie Holiday are to their respective genres,” said Ed Koban, a Native American Music Award nominee and Mohawk tribal member to Native News Online.  “A timeless and elegant voice that did not need vocal tricks or gymnastics, instead was gentle, soft and pure. Joanne was always kind and supportive and am grateful to have been her friend.” Koban has shared the stage with Joanne at the Native American Music Awards ten separate times.

Her family has created a GoFundMe to assist with medical costs. “Please consider donating and sharing this fundraiser for one of Haudenosaunee’s most treasured singers,” said the Shenandoah Family in today’s posting.

“We can only take some comfort in knowing that her mesmerizing and angelic voice surrounded by her truly timeless music will remain with us forever. But she will be so incredibly missed,” said Bello.