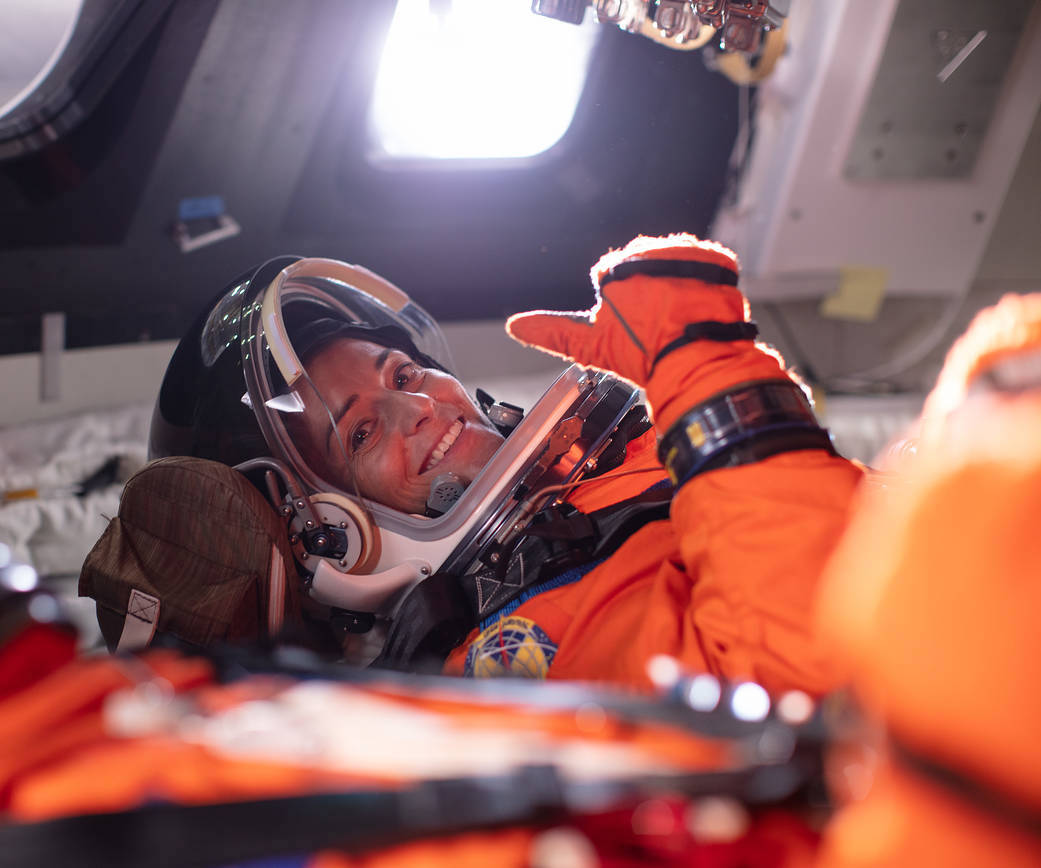 NASA astronaut Nicole Mann is set to become the first Native American woman in space, with a launch date no earlier than Oct. 3.

Mann (Wailacki of the Round Valley Indian Tribes) will be the mission commander and responsible for the flight from launch to re-entry. She will also serve as an Expedition 68 flight engineer on the station.

On August 11, NASA said the team was in the “home stretch” of a unique 18-month training program to prepare for the science expedition mission. This will be the fifth crew rotation mission of SpaceX’s system as part of NASA’s Commercial Crew Program.

In a statement, the Round Valley Indian Tribes (RVIT) said they were “extremely proud” of Mann continuing Indian Country’s legacy of “becoming more visible than ever in the American climate of success” for the RVIT and the Wailacki people.

“Nicole has accomplished a feat that few Americans dare to dream and much fewer from the reservations,” the RVIT said. “She has opened a door and blazed a trail for Indian girls all over America, and especially from Round Valley, literally helping them set their sights, dreams, and goals beyond this world, proving that there is no limit.”

The tribes said they are planning a community watch party in her honor, and wish to celebrate by watching the launch. They also intend to theme next year’s annual California Indian Days Festival next fall in Mann’s honor and continued success.

“Nicole’s pride in her heritage forces communities off the reservation to realize there are highly accomplished Native American individuals, of which are extremely strong and powerful Indigenous women, breaking barriers, setting new bars, and acquiring elite accomplishments,” the RVIT said. “For us, Nicole tops this list. We can not wait to report on the next generation of Native girls and boys influenced by Nicole’s achievements.”

Aside from Mann’s career at NASA, she is a Colonel in the Marine Corps who flew combat missions for Operations Iraqi Freedom and Enduring Freedom. She has had “2,500 flight hours in 25 types of aircraft, 200 carrier arrestments and 47 combat missions in Iraq and Afghanistan.”

Native News Online editor Levi Rickert interviewed Mann on Friday, August 26, 2022.  The interview has been edited and condensed for clarity.

Thank you for agreeing to be interviewed by Native News Online. Tell our readers about your upcoming space mission.

I'm so excited. I am the commander of Crew-5, and I'll be traveling with Josh Cassada Koichi Wakata and Ana Kinka. And we will launch from Kennedy Space Center. Right now it's looking like October 3, as we narrow down the launch window, and we will travel to the International Space Station. We will be there for six months as part of Expedition 68.

When did you decide to become an astronaut?

You know, for me, I didn't figure that out until a little bit later on in life as a young girl growing up in Northern California. I was certainly interested in math and science, but I didn't really realize that being an astronaut was in the realm of possibility. So it wasn't until I was flying jets in the Marine Corps, looking at my future career options that I started looking at potentially becoming a test pilot and from there an astronaut. It took me a little time to get it all figured out.

Was that after you did two tours of combat duty, one in Afghanistan and the other in Iraq?

Yes, I flew two combat deployments in Iraq and Afghanistan. I flew off the aircraft carrier, the USS Enterprise, and we supported those missions overseas. And then really coming back from that you need to decide kind of, okay, what's the next step in my career path?

And I was always like I mentioned, I love math and science. I studied as an engineer in college, and I really missed that aspect of it, but I love being a fighter pilot. So going to test pilot school was kind of the best of both worlds for me. I could fly fighters and also study and be an engineer. And so that's the path that I chose.

You have a master's degree from Stanford. On this mission, how are you going to be able to use some of that knowledge that you have?

Yes, so I studied mechanical engineering at the Naval Academy and at Stanford University. And I think I'll definitely have an opportunity to put it to use. One of the great things about being an astronaut is you get trained on everything really a little bit across the board. So I do have training in science and medical fields as well. And so when we're on board, there's about 250 experiments by scientific investigations that will be a part of everything from growing human cells to growing tomatoes in space. We'll also do a lot of maintenance on the space station and hopefully a couple spacewalks to upgrade some components outside the space station.

Tell our readers about the astronauts from other countries on this space mission.

Expedition 68 is made up of two crews from different spacecrafts. My crew on Crew-5, where we have two Americans, one Japanese astronaut, and one Russian cosmonaut, and then we have a Soyuz spacecraft. And on that spacecraft are two Russian cosmonauts and one American astronaut. So the seven of us will be on board together, working together in space.

Tell us a little bit about your Native American heritage. You're a tribal citizen of the Round Valley Tribes in Northern California.

Absolutely. And so I'm part of the Wailacki Tribe, which is a part of the Round Valley Tribes in Covelo, California. And that's Northern California is where I was born and lived all the way through high school until I left for college. Most of my extended family, in fact, still lives in that area, and a lot still live up north in the Wailacki area near Covelo. A couple months ago, we had an extended family reunion where we had a lot of relatives from the North who came down. These are our second and third cousins, folks I met when I was really little, and it was nice to be able to rekindle those relationships and just enjoy our time together.

Being an astronaut allows you to be a tremendous role model for Native youth.

I hope that I could be a role model, especially for this young generation. You know, it's important for kids to realize that they may grow up in a community where there are barriers, and that they need to know that these barriers are being broken down or can be broken down.

So hopefully they feel empowered to be proactive in pursuing their dreams. No matter what they are. And they realize that regardless of their of their race, or their gender, or their religion, that these opportunities are there for the taking, and that they can see the diversity that we have specifically in the astronaut corps and on my mission, and hopefully they'll will they will look towards us and follow on our mission.

Just prior to this interview, we received a statement from your tribe, the Round Valley Tribes. They are really excited about what you're doing.

That's wonderful. I hope to be able to do an event with them maybe in space or when I get back from space. I think it's really important just to communicate that to our community.

Is there anything else you want us to know about your work?

I also think it's important to highlight that on Monday, we (NASA) are launching a rocket and a spacecraft to the moon. It's called Artemis, and this is an uncrewed test flight, but it's really part of a larger campaign to send humans back to the moon and eventually to Mars.

(Editor's Note: NASA scrubbed the Artemis mission that is mentioned below on Monday, Aug. 29, 2022 due to an engine problem.)

Would you go to the moon if NASA advances this program while you are still an astronaut?

This is something I would definitely do. We have 43 active astronauts, and I think every one of them would go … we all want to be a part of this mission in any way they can. It used to sound kind of like scientific sci-fi, like you’re going to walk on the moon, but now it's a reality. When we launch on Monday, that's really the first step. The concept now is not to just go to the moon, like we did with Apollo; the concept is to have a sustained lunar presence on the moon.