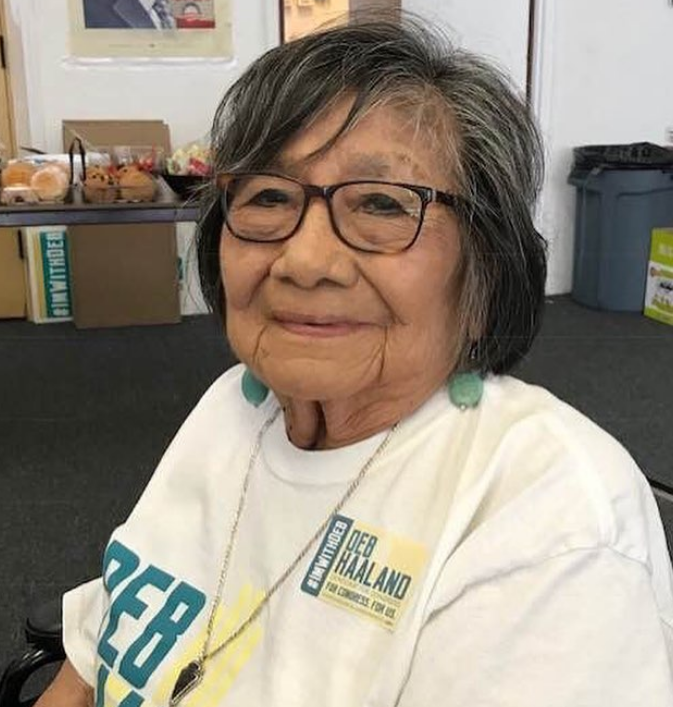 The mother of Interior Secretary Deb Haaland, Mary E. Toya, passed away on Saturday. The cause of death and her age was not released in the statement issued by the U.S. Department of the Interior.

Born in Winslow, Ariz. in 1935, to Antonio Toya (Jemez) and Helen Toya (Laguna), Mary Toya was born in a train boxcar. In her youth, she played the snare drum in the Santa Fe Indian Band and traveled to Washington, D.C. for the first time to play the 1953 inauguration of President Dwight Eisenhower.

She served in the U.S. Navy. After her military service, Toya spent 25-years working the Indian Education at the Bureau of Indian Affairs where she was a teacher’s aide, secretary, and later, office manager for the superintendent of schools in Albuquerque, N.M.

“We celebrate Mary Toya’s long life and are grateful for her 25 years of service to Native students as a member of the Interior team within Indian Affairs,” Melissa Schwartz, an Interior Department spokesperson said in a statement.

“Mary spoke Keres, raised her children in a Pueblo household and passed traditional wisdom down to her children, grandchildren and great-grandchildren,” Schwartz said. “Her legacy will live on in Secretary Haaland, all of her relatives and the countless Native people she inspired.”

Haaland was nominated by then President-elect Joe Biden to be the secretary of the U.S. Department of the Interior last December. During her confirmation hearing, Haaland referenced her mother serving in the U.S. Navy. Toya was too ill to travel to Washington to see her daughter sworn in as the first ever Native American to serve in a secretarial post within a presidential cabinet.