WASHINGTON — The Office of Inspector General (OIG) for the Department of Interior has launched an ethics probe into a senior official’s handling of $8 billion in CARES Act funding for tribes, as well as allegations that the DOI improperly released sensitive tribal government information. 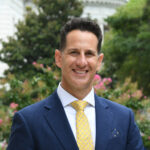 The investigation follows concerns raised by Sen. Tom Udall (D-N.M.), vice chairman of the U.S. Senate Committee on Indian Affairs. Mark Lee Greenblatt, inspector general for the DOI, confirmed the investigation in a letter to Udall, saying that his department would coordinate the investigation with the OIG at the U.S. Department of Treasury.

Greenblatt’s office launched the investigation in late April to determine if a DOI official that consulted with the Treasury adhered to ethics rules and regulations.

The unnamed official is widely believed to be Tara Katuk MacLean Sweeney, assistant secretary-Indian Affairs, who Udall named in an April 27 letter requesting the investigation. Sweeney came under heavy criticism from tribes after it was revealed that shareholder-owned Alaska Native Corporations (ANCs) were in line to receive some of the $8 billion in relief aid that Congress had earmarked for tribal governments. Sweeney is a former senior executive and current shareholder at one of the largest ANCs, the Arctic Slope Regional Corporation. 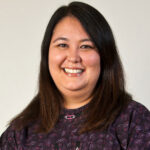 “Numerous Tribal leaders and organizations have expressed concern that the Assistant Secretary for Indian Affairs, Tara Katuk Mac Lean Sweeney, may have conflicts of interest and/or failed to comply with federal ethics laws and regulations relating to her involvement in determining Tribal eligibility for the CRF funding,” Udall wrote. “In addition to your review, I ask that any Departmental ethics guidance and/or waivers granted to Ms. Sweeney related to her potential financial conflicts of interest, direct or imputed to her, be made available to the Committee.”

On Monday, Udall welcomed the news of the official review.

“These formal reviews into potential wrongdoing related to the disbursement of CARES Act funds reserved for Tribal governments are absolutely necessary,” Udall said. “As a central pillar of the federal government's coronavirus pandemic relief for Indian Country, the allocation and distribution of this funding to Indian Country must be done quickly, without bias, and without the appearance of any impropriety.

“The Trump administration’s troubled handling of the distribution of Tribal government relief cries out for robust oversight as Indian Country is experiencing some of the worst impacts from the COVID-19 pandemic.”