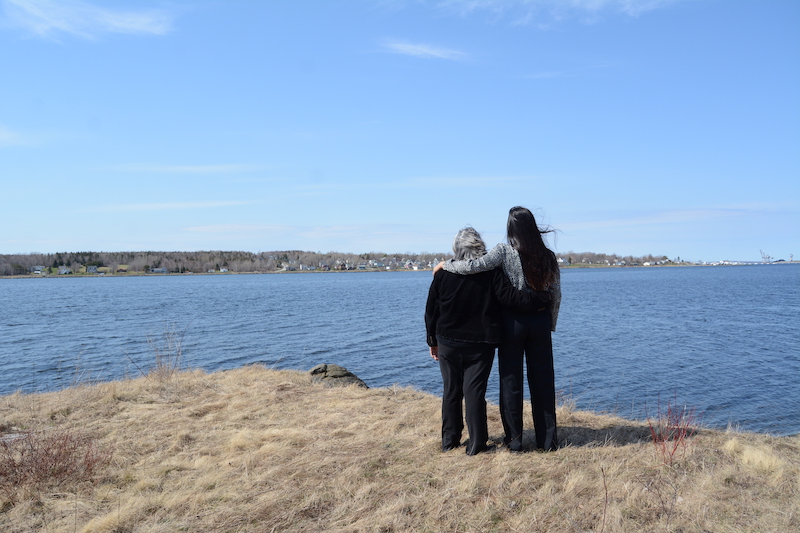 In a first-of-its-kind womens’ leadership program that pairs Native elders with younger Natives to exchange knowledge, participants say they are restoring a link that historically existed between generations.

“The really important thing here is that they're replicating what would have been a natural practice of passing knowledge from one generation to the next,” said Serena Francis, 70-year-old Mi’kmaq elder from New Brunswick, Canada. Francis was selected for the fellowship in partnership with her 23-year old granddaughter, Susan Bernard.

“Typically that would have happened on a ... daily basis, but because we’ve sort of gotten disconnected from the past in some ways, we (have) not necessarily passed on our teachings in that way,” Francis, seated beside her granddaughter, told Native News Online over Zoom. “So this is a deliberate attempt to mend the gap so that it’s as it was historically.”

In late June, Spirit Aligned—the Native-run nonprofit program headquartered in Bozeman, Montana—announced a cohort of 10 new partnerships from across the United States and Canada.

The partners, who applied in pairs of “legacy leaders” (women over 65) and “future legacy leaders” (between 18 and 40 years old), will complete specific projects aimed at identifying collective wisdom and integrating solutions to help address the challenges brought about by colonization.

For Francis and Bernard, that work will be to research and catalog traditional Mi’kmaq star stories to help create a Mi’kmaq star map.

“The stars, our oldest relatives and teachers, link our lives to the sky and Cosmo,” Bernard told Native News Online. “There isn't a lot of knowledge ... about the stars that we have...because that got taken away and the whole purpose of the project is to reclaim and re-bring all of this like back into our lives again.”

The women will seek information through sharing circles with knowledge keepers, create a podcast broadcasting interviews with those knowledge keepers, and conduct several ceremonies to consult with their ancestors on star knowledge. Additionally, the group will create a star map outlining star stories and constellations specific to the Mi’kmaq people but increasingly lost with dwindling numbers of language speakers.

Francis said the program represents more than just the importance of intergenerational knowledge, but also the power of Native women.

“It strengthens us as women,” she said. “It gives us voice, it ...respects that we have something to say.”

Rendon got in touch with Jessie Rencountre (Hunkpapa Lakota) to help guide her in the traditional ceremony when Rencountre lost both of her parents to COVID-19 last year. Rencountre works as a teacher and an author of Lakota-centered children’s books.

Together, the women plan to host social gatherings for women to share Ingidenous knowledge that’s been lost, including topics of medical plants, ceremony, and creational stories.

“The fellowship is just another opportunity for us to incorporate what some of our goals are, and we both have that goal to help empower and uplift our Lakota women,” Rencountre said. “Women were the backbone of our culture. And so I think... if we're able to reestablish that amongst our women... we can not only be healthy mothers and aunties and grandmas, but also to be in these positions where we can make these big changes in a community that we live in.”

For Spirit Aligned, this new cohort makes up the third round of fellowships aimed at preserving and celebrating different facets of Native knowledge and tradition, but it's the first round of pairing elders with youth.

Previously, the group has selected only legacy leaders to work on a project. For example, in 2019, 94-year-old Maxine Wildcat Barnett was named a Legacy Leader in language protection as the last known speaker of her tribal language of Yuchi. Barnett created a language class to teach youth Yuchi, and was successful in passing on her dream to keep her language alive.

“We really responded to the elder Indigenous women who asked that we include a younger indigenous woman to add to the partnership,” Small said. “It's like a sisterhood partnership, because they said that they wanted to do intentional knowledge transfer to someone in particular, who they have a strong relationship already with, but also someone that has a real interest in carrying it on. They wanted the mentorship program to be both ways. They could learn a lot from the younger people, and the younger woman can learn a lot from the elders.”