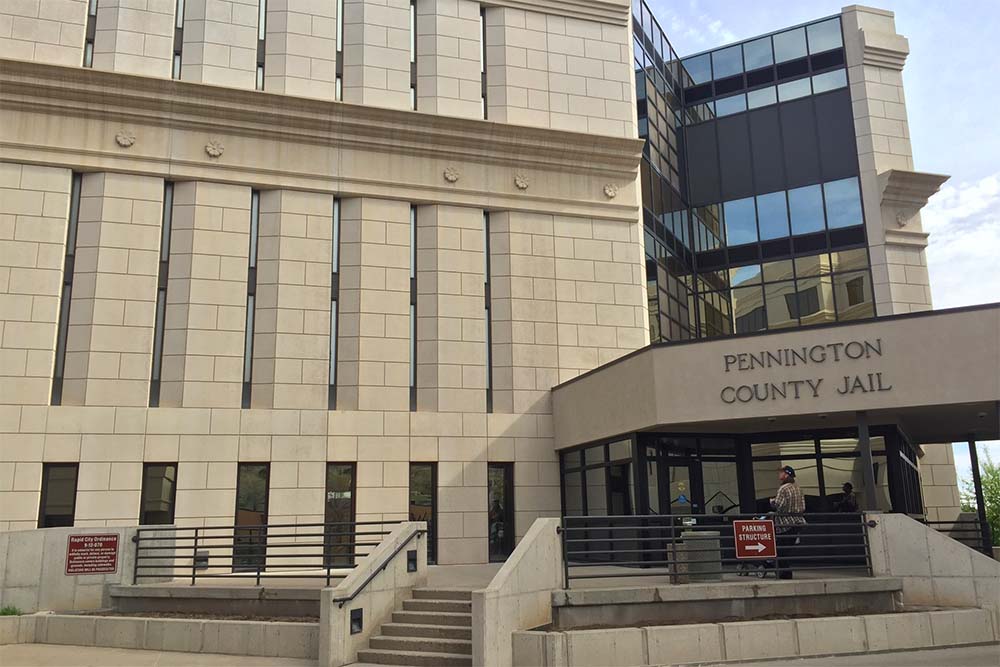 RAPID CITY, S.D. — A member of the Oglala Sioux Tribe nearly died while in custody at the Pennington County Jail due to medical negligence by medical staff in Rapid City, S.D.

Carley Plenty Arrows was arrested and taken into custody on Wednesday, Feb. 24 for a failure to appear driving under the influence (DUI) warrant in Pennington County. Plenty Arrows noticed on Friday, Febr. 26 that she began feeling severely ill and reported her symptoms to jail medical staff.

“When I reported my symptoms to medical staff, I expressed that something was wrong with me,” Plenty Arrows told Native News Online. “I know my body, but all they did was take my temperature, treated me for a bladder infection with antibiotics and sent me back to my cell.”

Her temperature on Friday, Feb. 26 registered at 102 degrees, and kept rising throughout the weekend, leading her to faint and fall in her cell on Monday, March 1.

“On Monday, my eyesight was blurry and I know I fell down in my cell,” said Plenty Arrows. “I don’t know how long I was there, but when I was able to get up I called the jail staff and asked them to take my temperature.”

On Monday morning, her temperature rose to 107 degrees. High-grade fevers above 104 degrees can cause brain damage and lead to death. She was transported to the Monument Health Rapid City Hospital, where she was told that if she hadn’t been transported sooner she could have died due to septic shock.

Septic shock is the most common cause of death in intensive care units in the United States and can lead to organ dysfunction and death. Sepsis is the result of an infection, and can be potentially life-threatening. According to the Centers for Disease Control and Prevention (CDC), sepsis occurs when chemicals that fight infection by triggering inflammatory reactions are released into the bloodstream.

Plenty Arrows had court the next day, on Tuesday, March 2, where she was granted a personal recognizance (PR) bond, but had to stay in the intensive care unit (ICU) for six days and five nights before being transferred to a regular hospital floor, where she continues to be monitored at Monument Health before she is discharged.

If a detention center fails to provide medical care and that leads to health complications, the government, negligent staff and private health care providers servicing prisons can be liable. Prisoners and detainees of all kinds have a right to adequate medical care and don’t lose that right when they go to jail.

Medical negligence is often underreported in America’s jails and prisons for a lot of reasons — privacy, funding and policy preventing law enforcement agencies from communicating with the public.

The Pennington County Sheriff’s Office did not answer an emailed request for comment.

“That experience was torture,” Plenty Arrows said. “I don’t know if it’s because I’m Native American, but they showed me they simply didn’t care about my well being.”

Unlike the prison system, which holds people convicted of serious crimes, jails are locally run and detain people awaiting trial, or those serving short sentences usually one year or less.

The U.S. Constitution grants inmates core rights, but those provisions are rarely enforced. The Fourteenth Amendment guarantees fair treatment to pre-trial detainees, but “fair” is open to interpretation by judges and juries. The U.S. Supreme Court has ruled that the Eighth Amendment’s ban on cruel punishment forbids “deliberate indifference to serious medical needs of prisoners,” but proving deliberate negligence is often difficult. The Sixth Amendment assures speedy trials, but does not define “speedy.”

Thorough investigations into jail deaths and their causes can save lives in the future, said Iron Eyes.

“Pennington County must support Indigenous self-determination on stolen land in order for us to help ourselves,” he said. “Until then, we’ll continue to demand equitable treatment for our relatives who have the misfortune of coming into contact with law enforcement in the Rapid City area.”