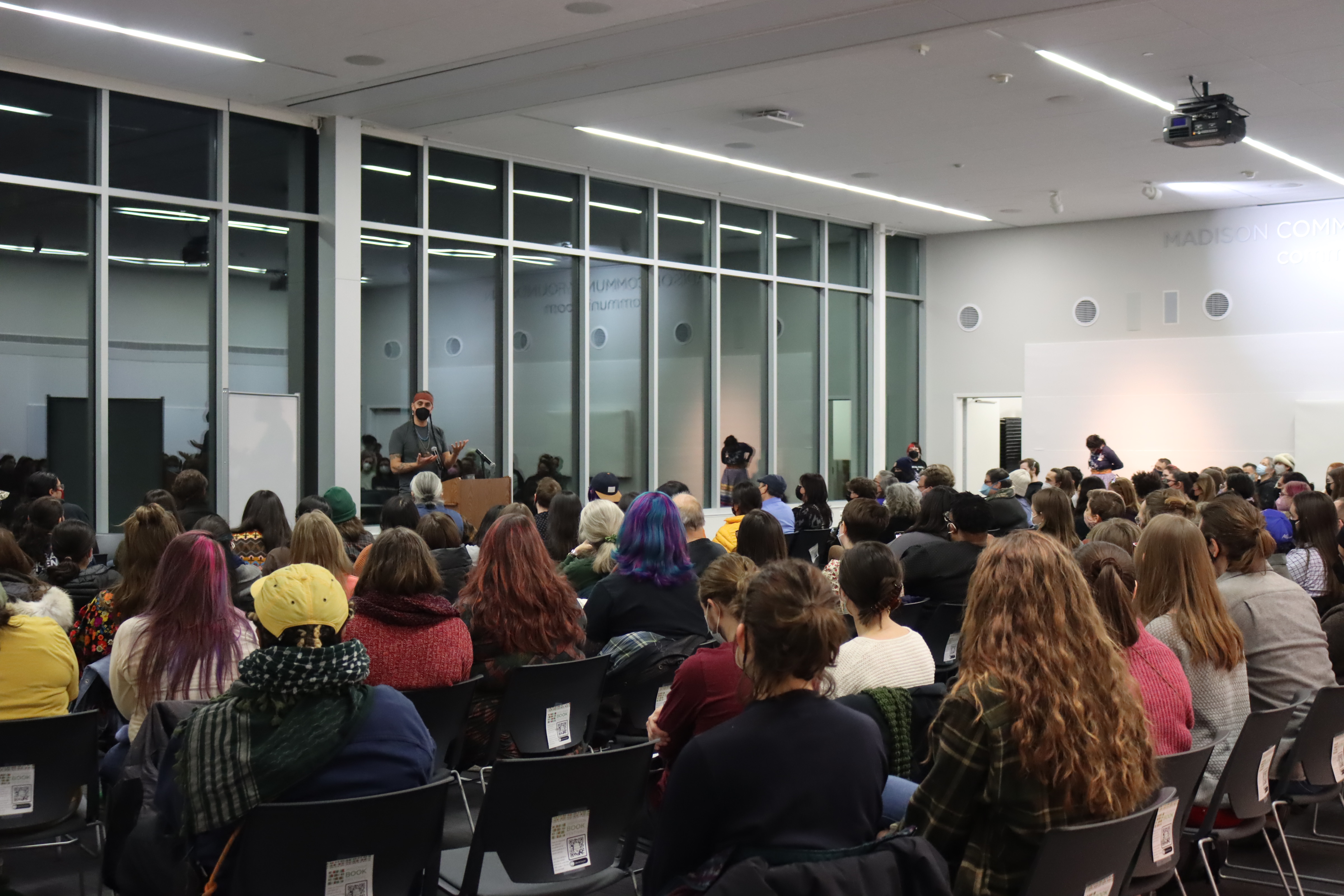 “When Europeans came here, they didn’t realize there were so many chapters that existed before our co-existence,” said Ho-Chunk storyteller Jon-Jon Greendeer during the presentation. “Indigenous people, even beyond Turtle Island, have our own way of life.”

“When talking about thriving in winter, the skills, wisdom, and knowledge that our people once shared with one another were lost in boarding schools,” said Greendeer. “Many of us cannot go to our oldest relatives and ask them how things used to be, because a stoppage in knowledge and our generation has to make the quantum leap to learn about our way of life.”

Speakers also shared stories of how their elders provided for their families in the winter using commodities. In early reservation days, many families lived off commodities, the government-rationed foods that included flour, lard, sugar, and powdered-milk. Grape juice concentrate and sugar was made into jam, while flour, lard, sugar, and powdered milk were made into fry bread. These new foods contributed to obesity, diabetes, heart disease and more in many Native communities.

“We’ve had an amazing turnout and I’ve learned something from every presenter,” said Madison Library Community Engagement Library Kristina Gomez to Native News Online. “This was really well received by the audience.”

The event featured an opening and closing by the MadTown Singers, a local drum group. The program was created and planned by a group of Indigenous women that live in the area who applied to be part of the Library Takeover program, said Gomez.

Additional resources including an Indigenous-focused book display, reading lists, online resources, recipes, and more were organized for participants to internalize the learning and experience.