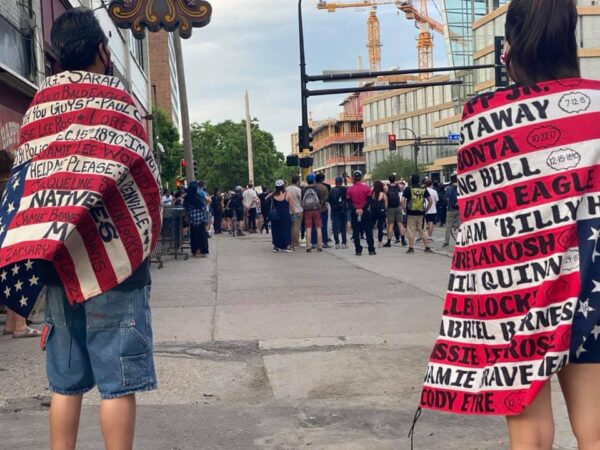 In the aftermath of George Floyd’s death at the hands of Minneapolis police officers, Americans, young and old, in big cities and small towns, and of all colors have shown solidarity with the Black Lives Matter (BLM) movement.

Joining in to show support and solidarity have been American Indians and Alaska Natives throughout Indian Country.

Here is what some of the tribes and Native organizations throughout Indian Country have been saying:

We must first acknowledge that this unspeakable act of evil is not new, that in fact it is a recurring problem suggestive of a deeper systemic sickness.

Metropolitan Urban Indian Directors Group stands with the African American community, and all other communities regularly target for violence by the Minneapolis Police Department.

As Native people have done for the past 400 years, the Mashantucket Pequot Tribal Nation stands in solidarity with the Black community, just as they have for us, and all of our relations who are united in protest against racism, injustice, and inequality. WE ARE ONE.

For eight minutes and forty-six seconds, we watched in horror last week as Minneapolis police officers senselessly murdered George Floyd, a Black man described by friends and family as a kind man of faith. Like many Americans, we are angry, frustrated, scared, and wanting justice for him and his family. 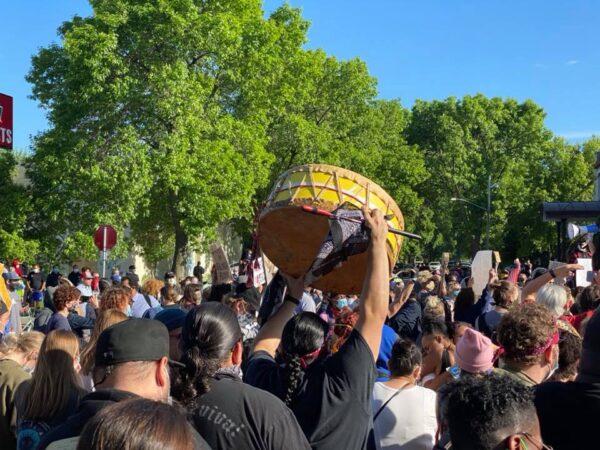 A drum was called to the front lines on Minneapolis’ southside as protesters clash with the National Guard and the Minnesota State Patrol. Native News Online photo by Darren Thompson in Minneapolis.

George Floyd’s death comes on the heels of the wrongful murders of Ahmaud Arbery, Breonna Taylor, and many other beloved Black and brown brothers and sisters who were victims of the same fate and whose names we will not forget. These unjust murders, many of them at the hands of police, are a symptom of systemic racism that is pervasive in our society. They are also a painful reminder of the constant violence and trauma Black and brown people and communities have and continue to endure because of the color of their skin—something we know all too well, unfortunately.

We can no longer ignore systemic racism and police brutality in America. Now is the time to work together to dismantle these so that the next seven generations are not faced with their own Emmitt Till, Rodney King, or George Floyd. In the words of Dr. Martin Luther King, Jr., “The time is always ripe to do right.”

Menominee Tribe is troubled and saddened by the brutality that caused Mr. Floyd’s death.

Menominee Tribe expresses solidarity for the movement that emerged from the senseless, horrific killing of Mr. Floyd. We join the many voices against police brutality, racism, and inequity. Their voices and their messages are ours and are important and must be heard.

Our Nation is united in the condemnation of racism, racial profiling or bigotry in our society and in the justice system.

We feel anger, frustration, emotion, and exhaustion that is reverberating across the world from these events. Only together can we truly reconcile, heal, and transform our country. We all want our children to have a better world.

Seeing the young people of today demonstrating and standing up for what is right takes me back to my own youthful days organizing for Red Power — once upon a time, right there in that same place, the Twin Cities. It reminds me of our American Indian Movement, born from Lakota, Dakota, and Ojibwe activism in that northern midwest metropolis.

The struggle is now being live-streamed, and it’s not easy to watch. We know that a few irresponsible people on our side and, more often, counter-protesters with hate-filled hearts are infiltrating, looting, and trying to paint legitimate civil disobedience with the brush of violence. But we know the difference. We know that we are not terrorists, and neither is anyone who truly seeks justice and calls out tyranny.

The world is changing, and it’s long overdue. 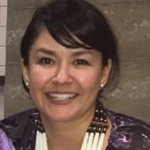 We are at a pivotal and powerful point in time, George Floyd’s death and plea for help awoke the consciousness, created a culture shift here and across the world. Collectively, we have the opportunity to rise out of the ashes and create a more just and equitable world based on love, respect, social and racial justice.

To the Black Native youth of the National UNITY Council: You matter beyond words. We love you. We value your lives and recognize the unmeasurable resilience that exists within your spirit. We understand that our words cannot mitigate the pain you may be experiencing, but we offer ourselves to be of service to you all as an Executive Committee in whatever ways we are capable of. We will seek to uplift and empower your voices, not just temporarily at this moment, but for all time to come.

The National UNITY Council is dedicated to the racial equality and civil liberties of all. We believe and state — without any hesitation, without any ambiguity — Black Lives Matter. We recognize the righteous anger and raw emotion that is emanating from these events, and we pray for the safety and health of any and all who choose to exercise their first amendment rights. Please stay strong, stay vigilant, and stay committed to ushering in a new era of equitable accountability.

American Indian College Fund - Cheryl Crazy Bull,Wacinyanpi Win (They Depend on Her), President and CEO

I am a Native mother, grandmother, and great-grandmother.

For nearly 40 years I have worked with Native education leaders creating equitable access to higher education for Indigenous people. Our institutions graduate Native leaders and seek a better way of life for our children, families, and Native communities. We are on a restorative economic, social, and spiritual path, healing generations of trauma resulting from government policy and treatment of Native people.

The senseless and violent killing of George Floyd, Breonna Taylor, and Ahmaud Arbery, and the harmful rhetoric about people of color is deeply disturbing. Their deaths are a painful reminder of the number of people who have been victims of systemic racism and invisibility. When someone calls out for their mother, I hear it just as I heard my own children call for me when they were looking for me to join them -  to celebrate, to share sorrow or anger, and perhaps, just perhaps, to save their lives.

We are angry and we stand in solidarity with our African American brothers and sisters.  We know only too well the vulnerability of all people of color and the risk to our well-being that violence and chaos create.

We call upon our brothers and sisters nationwide to raise a unified voice to demand a humane, just, and equitable nation for people of color for the next seven generations.

The National Congress of American Indians (NCAI), the oldest and largest national organization of American Indian and Alaska Native tribal governments and their citizens, denounces the reprehensible conduct and fatal actions by the Minneapolis Police Department that caused the death of George Floyd.

Indian Country knows too well the terrible harm that racist and unaccountable police officers can inflict upon peaceful citizens. Police violence is occurring across the United States and is growing at alarming rates. The growth in unlawful and racially-motivated conduct by police officers demonstrates the prejudice that communities of color are continuing to endure, and our cries for equal rights and justice are being ignored. And far too often, these perpetrators in uniform are shielded from prosecution and other forms of warranted punishment by indifferent or enabling law enforcement leadership and police unions.

“As someone who served in law enforcement for a decade and took an oath to protect and serve all of my fellow citizens, I am sickened by what I’ve witnessed over the past several days, first with the murder of George Floyd, and the inadequate response since to apprehend and bring to justice all of those responsible. This latest unjustifiable tragedy is a stark reminder that people of color face disproportionate rates of police brutality, a situation that merits a comprehensive national policy response. No one should be harmed or murdered simply because of the color of their skin,” said Kevin Allis, chief executive officer, NCAI.

Law enforcement officers who swear an oath to protect all citizens yet use violence as a tool to oppress and harm communities of color should be investigated and prosecuted to the full extent of the law. We stand in solidarity with the African American community and the organizations that serve the African American community, and are committed to working together to advance policies of racial equity, policies that must begin with creating a law enforcement system in this country that protects and serves all Americans. #BlackLivesMatter.