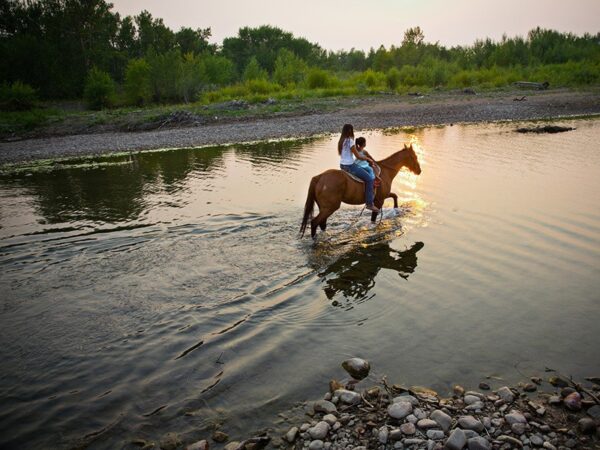 HELENA, Mont. — A federal appeals court on Tuesday canceled a disputed oil and gas lease on land in Montana that is considered sacred to tribes.

A three-judge panel of the U.S. Court of Appeals struck down a 2018 court decision that allowed Louisiana-based Solenex LLC to keep its lease on 6,200 acres in the Badger-Two Medicine area near the Blackfeet Indian Reservation and Glacier National Park.

The area is considered to be the sacred homeland and site of the creation story of Montana’s Blackfeet Nation and the Blackfoot tribes of southern Canada.

John Murray, the Blackfeet's tribal historic preservation officer, told the Associated Press that the court's decision will close a “long and painful chapter in the history of our people.”

Murray also leads the Pikuni Traditionalist Association, which was among the groups intervening to defend against the Solenex lawsuit.

“Blackfeet have lived under a cloud of threat and uncertainty for decades, with the risk of our traditional homelands being industrialized,” Murray said in a statement.“The Badger-Two Medicine is essential to the cultural survival of the Blackfeet. It is our last refuge. The court’s decision today highlights the original error in leasing the Badger and provides great hope that historic mistakes can, at least in part, be corrected.”

Murray noted that the Blackfeet Nation’s efforts to settle the lawsuit had been repeatedly rebuffed by Solenex.

“This ruling finally puts the federal government on the right side of history,” said Jack Gladstone, speaking on behalf of the Blackfeet Headwaters Alliance. “The next step is to ensure the long-term future of the Badger-Two Medicine by securing permanent protection.”

Tim Preso, an Earthjustice attorney who represented the tribal and conservation groups challenging the lease reinstatement, hailed the ruling.

“This ruling rightly rejects Solenex’s effort to resurrect an illegal oil and gas lease that never should have been issued in the first place,” Preso said. “The value of the Badger-Two Medicine region is in its wild beauty and irreplaceable cultural significance for the Blackfeet Nation — not in oil and gas.”