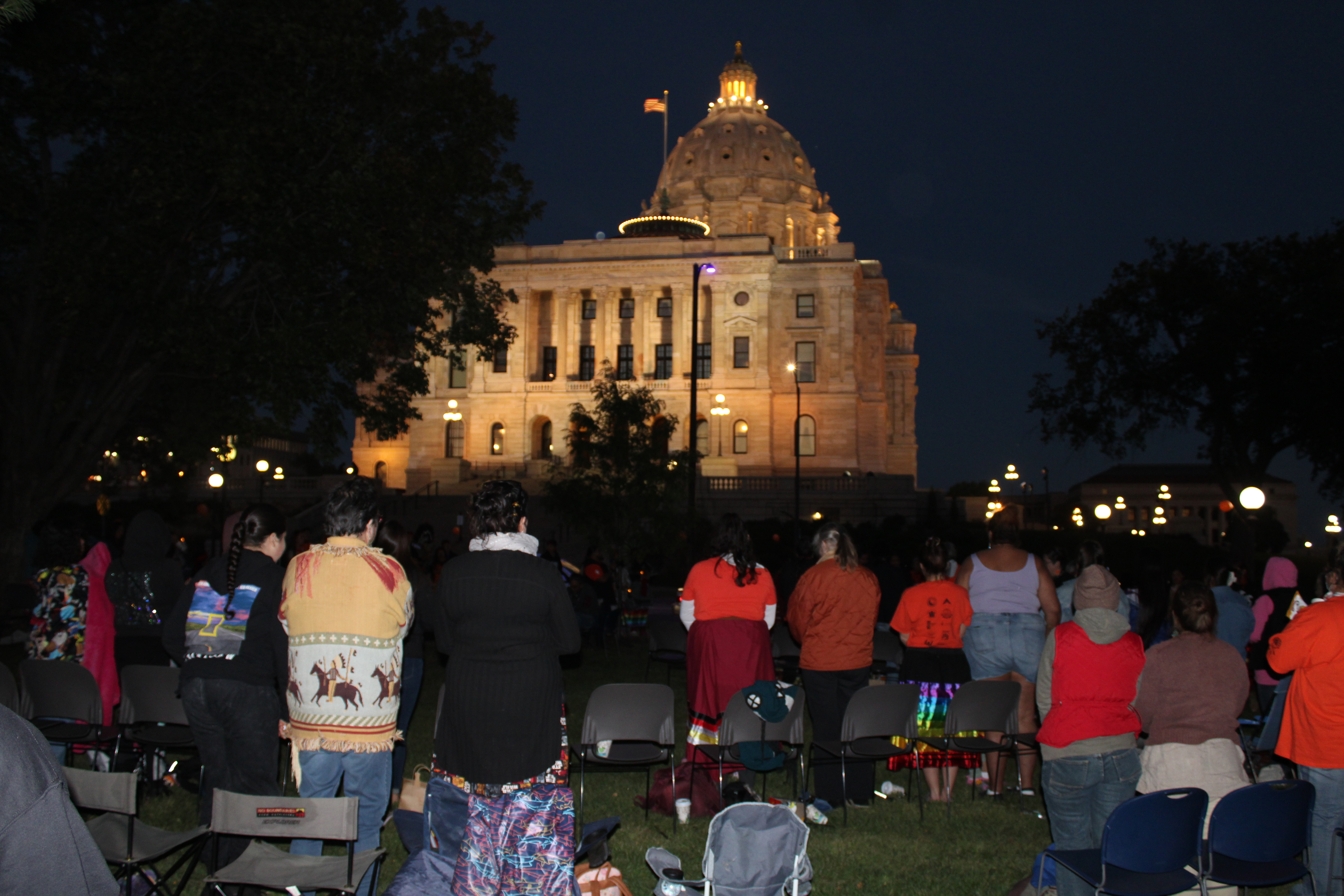 The event was hosted by the Native American Boarding School Healing Coalition (NABS). Attendees engaged in ceremony and song and listened as boarding school survivors shared their experiences.

“We need to acknowledge that boarding schools has been a major contributor to the devastating things that have been happening to our communities,” Jim LaBelle, Sr. (Inupiaq) said during Thursday’s vigil.

LaBelle is a boarding school survivor and was NABS’ first vice-president.

“Our people are in prison, our children are in foster care in a White system, and addictions have been getting worse,” LaBelle said.

In June 2021, U.S. Secretary of the Interior Debra Haaland announced the Department of the Interior (DOI) would review the records of federal Indian boarding schools at the National Congress of American Indians Mid-Year Session. That same day, Haaland issued a secretarial order directing the DOI to prepare a report that details boarding school facilities and sites; the location of known and possible student burial sites located at or near school facilities; and the identities and Tribal affiliations of children interred at such locations.

Known widely as the Federal Indian Boarding School Initiative, the effort comes after the discovery of 215 unmarked graves near the Kamloops Indian Residential School in British Columbia.

Haaland wrote in her June 22, 2021 memo: “…the purpose of Indian boarding schools was to culturally assimilate Indigenous children by forcibly relocating them from their families and communities to distant residential facilities where their American Indian, Alaska Native, and Native Hawaiian identities, languages, and beliefs were to be forcibly suppressed.”

“In most instances, Indigenous parents could not visit their children at these schools. Many students endured routine injury and abuse. Some perished and were interred in unmarked graves.”

“Children cried themselves to sleep, and some willed themselves to not be here anymore,” said NABS President Sandy Whitehawk during Thursday’s vigil. “But before they left, they were taught to pray and those prayers are being heard today.”

If passed, the Congressional Commission would locate known Indian boarding schools that the federal government funded and analyze their records within five years. In addition, the Commission would collect evidence of the ongoing impacts of intergenerational trauma in American Indian, Alaskan Native, and Native Hawaiian communities.