How Trump Will Be Remembered in Indian Country, According to Native Historians 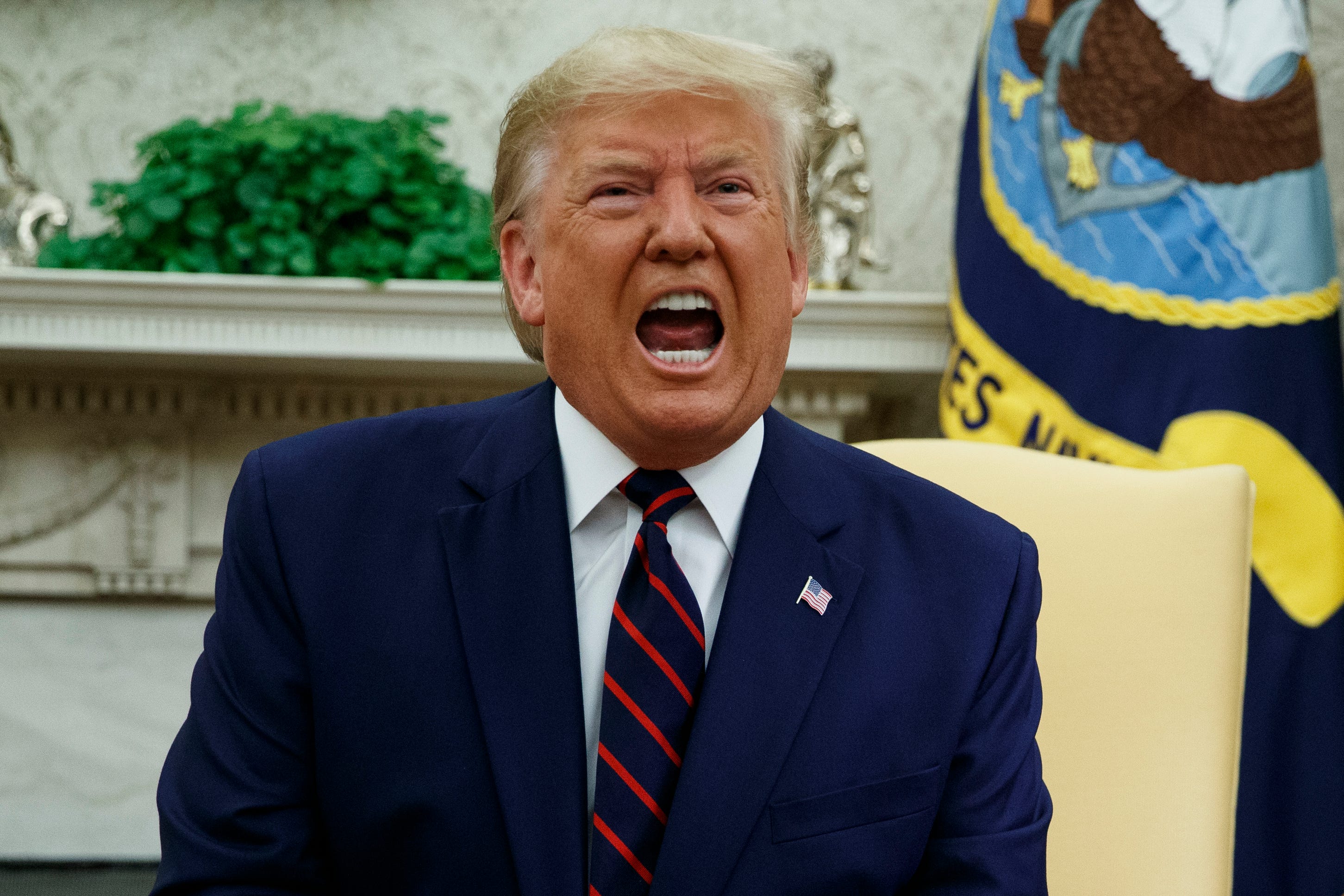 On his first day in the Oval Office, President Joe Biden replaced the former administration’s portrait of President Andrew Jackson — known throughout Indian Country as the “removal president” and the “Indian Killer” because he signed the Indian Removal Act that stole millions of acres of lands from tribes — with one of Benjamin Franklin, marking a symbolic shift for Indian Country. The tumultuous presidential tenure of Donald Trump, who hung the Jackson portrait in the nation’s highest office in 2017, had come to an end.

“The way that Donald Trump injected old… stereotypes goes back to when he was a casino person and he was so dismissive and focused on race and phenotype,” Deloria said. “He's never thought about Native people at all, other than to mobilize a stereotype and think negative and derogatory kinds of things.”

During the 2020 presidential campaign, Trump infamously called Democratic runner Sen. Elizabeth Warren “'Pocahontas” for claiming Native American heritage. In 2017, he held an event intended to honor Navajo Code Talkers, but was criticized for photographing them in front of an Andrew Jackson portrait.

“When he says stuff like that, as we oftentimes say about Donald Trump, it also liberates many other people today (to) mobilize these stereotypes,” Deloria said.

In terms of policy, Deloria noted the Trump administration's effort to delegitimize Native nations as political entities, as seen in the Mashpee Wampanoag Tribal lawsuit, when the Massachusetts tribe sued the U.S. government to retain sovereignty over its land.

“Once you say, ‘Indian people are not political entities, they’re racial identities,’ then you mobilize equal protection,” Deloria said. “All of a sudden, Native people lose their distinctiveness as political actors and entities and they become just one more American minority group. When you think about the consequences of that for Native sovereignty, it's pretty devastating.”

Yazzie said the Trump administration will be remembered most amongst her tribal nation and beyond for its negligent handling of Covid-19.

The Navajo Nation was hit hardest by the pandemic, with infection rates at the highest per capita throughout the United States over the summer of 2020. Still, the Trump administration fought to keep CARES Act emergency relief funds out of tribal hands for more than 80 days, delaying tribal response to the virus.

“I think that the callousness and the incompetence of the Trump administration's response to Covid-19 directly increased the number of people who died from the pandemic,” Yazzie said. “Not just with my own people, but Indigenous people in the countless hundreds of thousands of others who passed away.”

In the first year of his administration, Trump permitted controversial projects in Indian Country, such as the Dakota Access and Keystone XL pipelines, and repealed various protections for land and wildlife. He weakened federal laws such as the Endangered Species Act and Clean Water Act to open the door for new development. He reduced the Bears Ears National Monument in Utah, a national heritage site of cultural significance to five tribes, by 85 percent, and blasted through Native burial sites along the U.S.-Mexico border in his quest to build the wall he’d promised.

“I don't know how to rehabilitate a sacred site once it's been bulldozed, frankly,” Yazzie said. “What that means in terms of a long term impact on Indian Country, I think it's kind of an existential and a cultural sort of crisis, that we still don't quite know what the outcome of that will be. It's going to be a long (time) to try to figure out how to move forward given that destruction that's happened to the land itself, because of course, the land is sacred for Indigenous people.”

According to Yazzie, the new administration is off to a good start, though still within the confines of a colonial system.

In his first week as president, Biden canceled permits for the Keystone XL pipeline long contested by Indian Country, and reaffirmed tribal sovereignty in a recently signed Presidential Memorandum, which commits to consultation with tribes.

“I do feel like Biden’s going to handle the pandemic better,” Yazzie said. “I don't know what that means for Native people, but at the very least not cruel indifference. But they’re still inheriting colonialism. The corporate democrats aren’t returning the land. So, again, it remains to be seen, because I don’t see Native people backing down on that demand at all.”