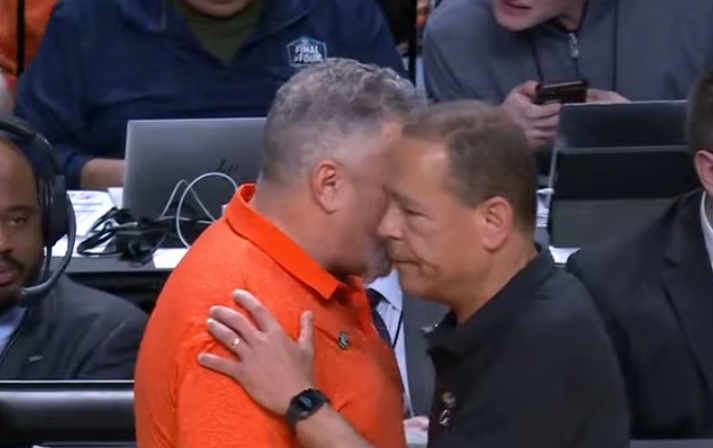 Houston Cougars’ head basketball coach, Kelvin Sampson, is poised to lead his team to the second NCAA’s Final Four for the second straight year. Coach Sampson is a tribal citizen of the Lumbee Tribe of North Carolina.

Before getting to the Final Four, Houston has to beat Villanova tonight. Houston's 72-60 Sweet 16 upset over No.1 seed Arizona on Thursday night got the team to the Elite Eight.

“We're not Villanova,” Sampson said at a press conference when answering a question about Houston’s Elite Eight opponent Saturday. “Villanova's up here. We're down here. We're not there. Maybe one day we can be, but we're not there yet, and that's OK. You have to be comfortable in your own skin. There's not a lot of Villanovas. A lot of programs have gone down and gone back up, but not Villanova. They're great every year.”

Coach Sampson was born in Laurinberg, N.C. and raised in Pembroke, N.C. — the heart of the Lumbee Tribe of North Carolina. He’s Lumbee through and through, and out of the NCAA's 353 Division I basketball programs, Sampson is the only Native American head coach.

He is one of only 15 coaches in NCAA history to lead four or more schools to the NCAA tournament and has been named National Coach of the Year three times.

A victory on Saturday night will not only get the Houston into the Final Four for the second consecutive year, but it would be Sampson's 700th career college coaching victory.