WASHINGTON — The House Committee on Natural Resources on Friday sent a letter to the U.S. Department of the Interior’s Inspector General Mark Greeblatt to request an investigation of Assistant Secretary for Indian Affairs Tara Sweeney.

The letter asks Greenblatt to investigate whether Sweeney violated ethics rules, regulations, laws, or pledges as part of her involvement in the administration of $8 billion in relief funding for tribal governments under the Coronavirus Aid, Relief, and Economic Security (CARES) Act.

Over the past two weeks, Sweeney has come under fire from Indian Country advocates as well as tribal leaders who have called for her to resign and accused her of diverting emergency Tribal Government resources to state-chartered, for-profit Alaska Native Corporations (ANC) that benefit shareholders, including Sweeney and her family.  Sweeney previously served as a vice president and is still a shareholder of the Arctic Slope Regional Corporation, the largest ANC in terms of revenue.

“Her active financial interest in Arctic Slope raises questions about whether her involvement in determining ANCs would be eligible for CARES Act funding specifically intended for federally recognized tribal governments violated ethics rules and/or pledges,” the letter notes.

The letter also requests an investigation of the source of a recent data breach in which DOI sent sensitive data to ANCs that included tribal governments’ CARES Act applications on Friday, April 17, 2020. The letter asks the inspector general to investigate “whether any DOI components or employees, including Assistant Secretary Sweeney, committed any legal violations, ethics or otherwise, in causing, encouraging, or allowing the disclosure of CARES Act-related information to other parties.”

The letter was signed by Chair Raúl M. Grijalva (D-Ariz.) and all five subcommittee chairs, including Rep. Deb Haaland (D-N.M.), vice chair of the Committee and one of two American Indian women serving in the 116th Congress.

“Fair access and distribution of the funds included in the CARES Act is critical to ensuring every tribe in the country has the tools to combat this pandemic,” Rep. Haaland said. 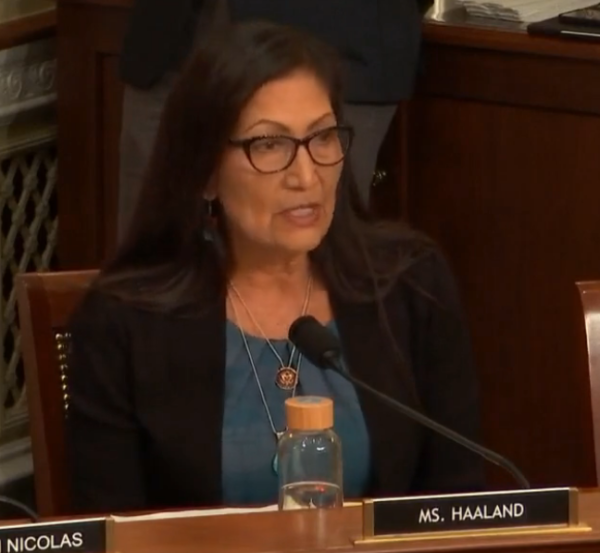 “However, this Administration’s abysmal track record on tribal issues continues. First, they tried to put for-profit corporations ahead of sovereign Tribal governments for coronavirus funding that was intended to help communities that need it most. Then, sensitive proprietary tribal information submitted to the Treasury and Interior was made public without consent,"

“This is a breach of the trust responsibility. We have to get to the bottom of this to save lives, ensure economic stability, and protect tribal sovereignty.”

Unlike federally recognized tribal governments, ANCs do not have sovereign status, nor do they maintain a formal relationship with the federal government. They are for-profit companies that, in most cases, have continued to generate revenue during the pandemic.

Native News Online reached out to the Department of Interior for comment, but had not heard back as this story went to press.