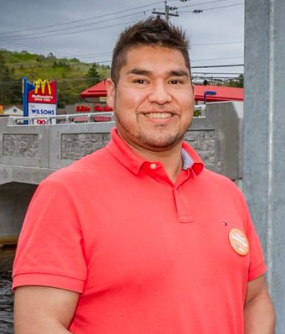 TRURO, Nova Scotia, Canada — A well-known Mi’kmaw educator, cultural advisor and media personality is expected to arraigned for a sex crime by the Truro Provincial Court in Nova Scotia, Canada on March 31, 2021. According to documents shared with Native News Online by the Nova Scotia Judiciary, Trevor Sanipass, 45, is accused of committing an indecent act on July 7, 2019.

Sanipass, of the Eskasoni First Nation in Nova Scotia, signed an undertaking on Jan. 31, 2021, assuring the Truro Provincial Court that he would attend his arraignment for March 31. However, charges weren't filed and made public until March 4, 2021, giving him ample time to evade reporting the allegation to his employers. According to Canadian law, if a subject is arrested, they can be released by the arresting officer under or on an undertaking with or without conditions. Sanipass’s conditions are that he doesn’t contact the victim.

For more than 10 years, Sanipass worked as a probation officer and Indigenous liaison for the Nova Scotia Department of Justice, paving a path for him to consult on a variety of issues in Canada’s eastern provinces.

In addition to his work as an Indigenous liaison, Sanipass became known as a cultural go-to for a variety of media publications, including the Canadian Broadcasting Corporation (CBC), where he had his own bi-weekly column showcasing Mi'kmaq culture and history called Aknute'n. The CBC, branded as CBC/Radio-Canada, is a Canadian federal Crown corporation that serves as the national public broadcaster for both radio and television.

His numerous media appearances earned him the nickname “Hollywood” and he has often been featured as a statesman at conferences and gatherings throughout Nova Scotia.

According to the Identifications of Criminals Act (Canada), a subject can be fingerprinted and/or photographed to identify them if charged with an indecent act. However, no photographs of Sanipass were available to the public. The Nova Scotia Department of Justice did not respond to an emailed request for comment on whether Sanipass is still employed with the agency.

Since Sanipass’s charges have been made public, others have come forward with similar interactions with Sanipass. Native News Online will follow this story.