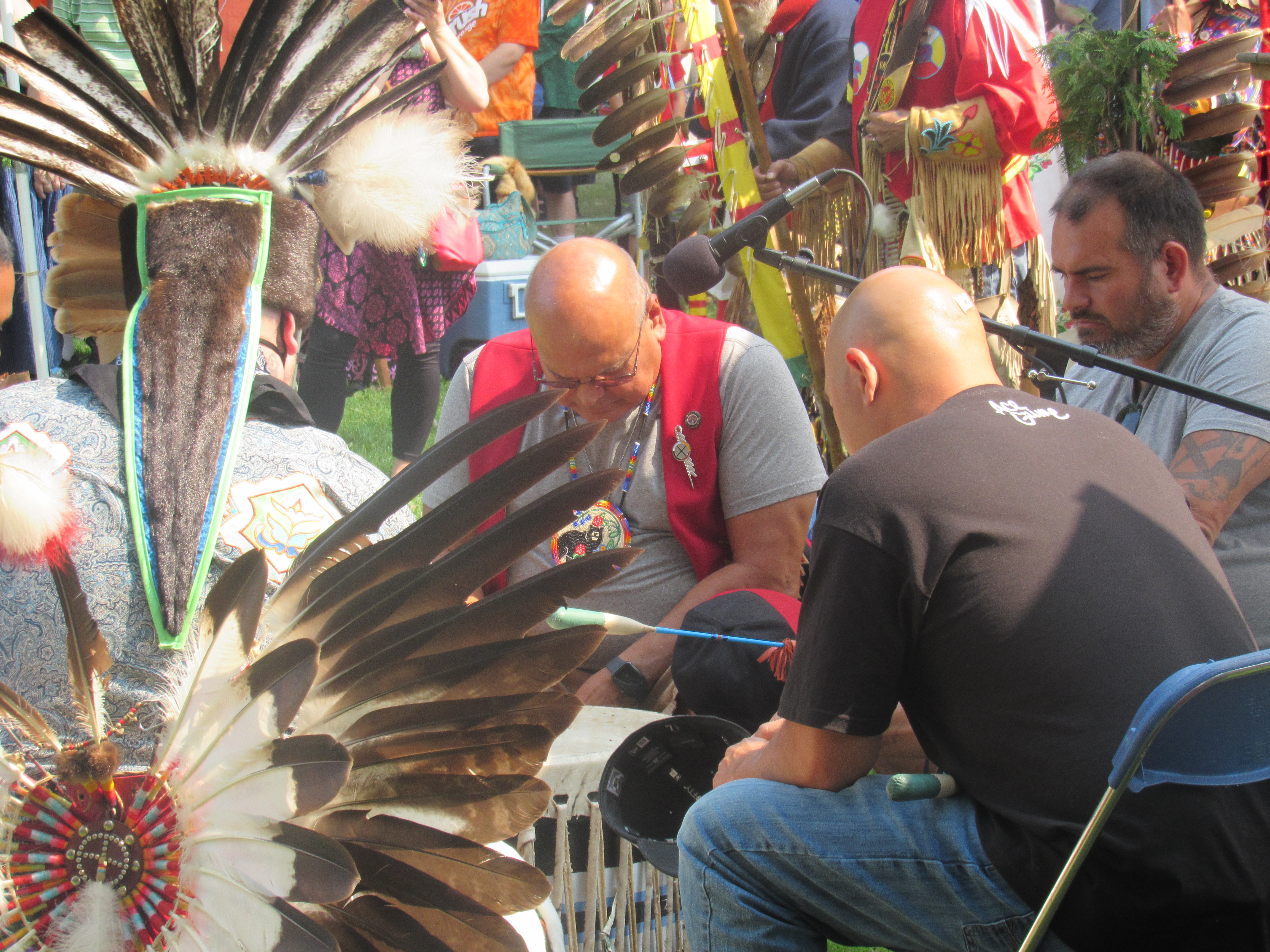 GRAND RAPIDS, Mich. — The powwow grounds became completely silent on Saturday afternoon right before the grand entry of the Grand Valley American Indian Lodge’s 60th Annual Powwow at Riverside Park, in Grand Rapids, Mich. to observe a moment of silence in commemoration of the 20th anniversary of 9/11.

“It was amazing how the park was completely silent,” Lori Shustha, director of the Grand Valley American Indian Lodge (GVAIL) said to Native News Online. The GVAIL wanted people to remember the importance of the day.

Shustha was pleased with the size of the crowd on Saturday. There were long lines into the parking lot and to purchase food.

The powwow continues on Sunday, Sept. 12 with the grand entry beginning at 12 noon. Masks are encourged.